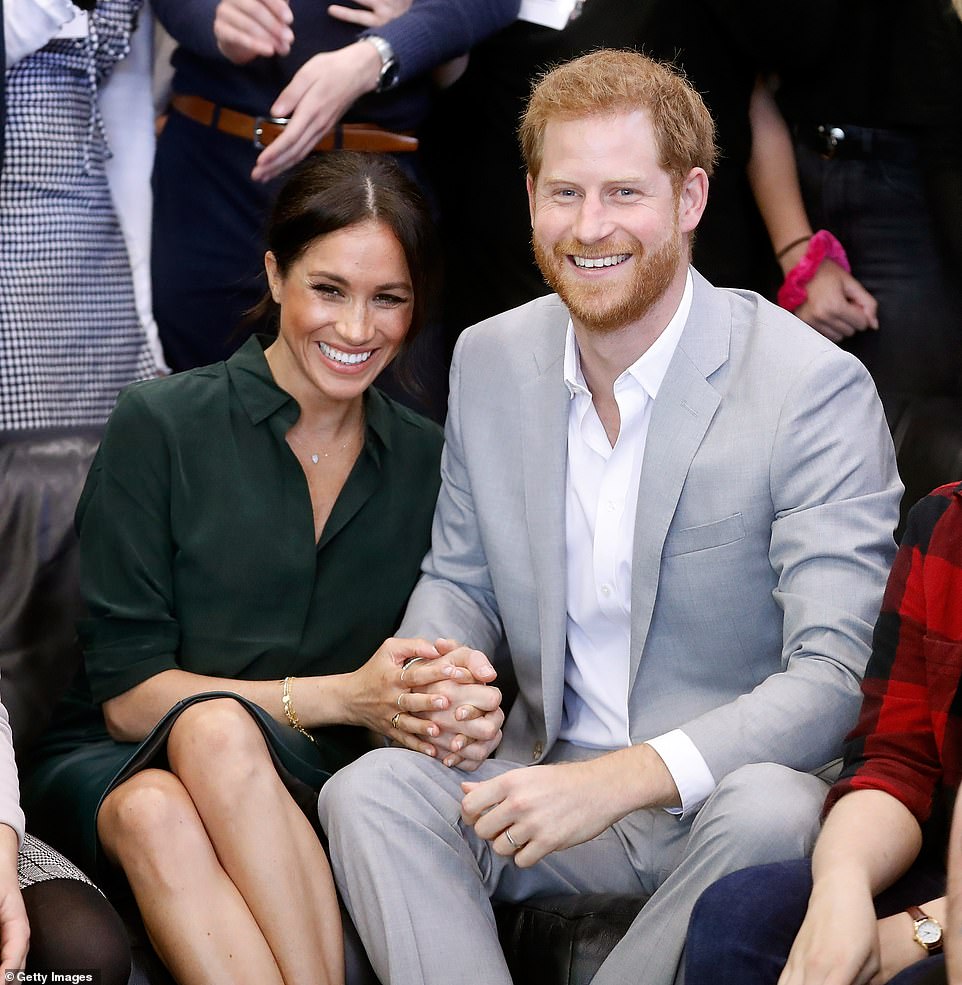 The daughter of Robert F. Kennedy has announced that she will celebrate Prince Harry and Meghan for their ‘heroic’ stance against the’structural racism’ of the royal family at a banquet in New York City in her father’s honor.

Kerry Kennedy, one of RFK and Ethel Kennedy’s eleven children and the foundation’s president, asserts that the Duke and Duchess of Sussex have challenged the royal family’s “power structure.”

She intends to present the pair with a gong honoring their achievements at the Ripple of Hope Gala on December 6 in New York, where seats at their table will cost up to $1 million. The pair is anticipated to attend the occasion.

President of Ukraine Volodymyr Zelensky will also get an award.

Kennedy, the ex-wife of disgraced New York Governor Andrew Cuomo, told The Telegraph: ‘They went to the oldest institution in British history and told them what they were doing wrong, that they could not have structural racism within the institution and could not maintain a misunderstanding about mental health.’

She discussed her late father’s 1966 visit to apartheid-era South Africa and stated that Harry and Meghan have the’moral bravery’ that many others lacked in order to discuss racial justice.

Meghan Markle and Prince Harry have the bravery to question their colleagues, family, and community on the power system they maintained, as stated by Kennedy.

Her statements, together with Harry and Meghan’s decision to accept the prize, might cause a wedge between the Sussexes and the next king.

In September, after the death of his mother, Queen Elizabeth II, he ascended to the throne. Prior to the release of a future Netflix documentary and Harry’s autobiography Spare, no decision has been made regarding the conferral of royal titles on Archie and Liliana’s children.

Harry and Meghan are rumored to have icy relations with Harry’s brother Prince William, who is currently second in line to the throne, and his wife Kate Middleton. As a result of the passing of the Queen, their titles were elevated to Prince and Princess of Wales.

Harry and Meghan, who currently reside with their children in a $14 million estate in California, are likely to attend. Also receiving the honor is Ukrainian President Volodymyr Zelensky.

Kennedy stated that the Sussexes ‘knew there would be consequences if they did this… and that people would blame them’ They did it regardless because they believed they could not live with themselves if they did not challenge this power.

According to The Telegraph, she stated, “I believe they were heroic in taking this action.”

In January 2020, Harry and Meghan shocked the world by leaving the royal family.

In an interview with Oprah Winfrey last year, Meghan said that an anonymous member of the royal family had expressed concern over the skin tone of their future child while she was pregnant with Archie.

Meghan is of mixed race; her mother, Doria Ragland, is black and her father, Thomas Markle, is white.

Kerry Kennedy’s remarks are diametrically opposed to those of her brother, Robert F. Kennedy Jr., who described the choice as “baffling.”

In an exclusive interview with DailyMail.com on Monday, he described it as “still an encouraging step ahead” from Anthony Fauci, who got the award two years ago for his handling of the COVID-19 epidemic.

RFK Jr. referred to Fauci, about whom he has written a scathing book and who he believes to be a ‘fraud’, when he said, ‘It’s a bewildering choice but still an encouraging step up from 2020’

In October, Meghan and Harry were named as the recipients of the Ripple of Hope Award.

RFK Jr. has no say in who wins the award, which is designed for ‘outstanding leaders in government, business, and activism,’ and was shocked by this year’s recipient.

Kerry and he engage in frequent public disagreements, especially with his staunch anti-vaccine attitude.

Monday, RFK Human Rights did not respond to enquiries.

Kerry stated in her announcement in October that the couple was selected for their efforts on racial justice, mental health, and other social impact initiatives.

The couple has always stood out for their willingness to speak out and alter the global discourse surrounding racial justice and mental health.

My father once described moral courage as the “one essential, vital quality for those who seek to change a world that yields to change most painfully.”

They will both attend the Ripple of Hope Gala on December 6 in New York City.

Ticket packages for the top table, where they will be seated, are being auctioned for up to $1 million.

The most expensive package, known as “the pioneer,” includes four seats at the “head table,” two tables, VIP access, and multiple mentions in the program and at the event.

The least expensive choice is a single-plate ticket for a staggering $2,500.00.

This year, Forest Whitaker, Alfre Woofard, Bradley Whitford, and Kate Mulgrew are all listed as special guests at the event, which will be hosted by Alec Baldwin.

Professor David Nasaw of the United Kingdom deemed the honoring of the couple to be absurd.

“If you consider the past recipients of the Robert Kennedy Prize – Bill and Hillary Clinton, Nancy Pelosi [Speaker of the House of Representatives of the United States], and Bishop Desmond Tutu – you have to wonder what Harry and Meghan are doing here.

What in the name of God have they done to deserve this? What percentage of Harry and Meghan’s wealth goes to charitable causes?’ he asked on Monday’s Good Morning Britain.

It is unknown when they were initially considered for this year’s award.

Rory Kennedy, Kerry’s sister, co-owns a film production company with Liz Garbus, the director of the Netflix docuseries about Harry and Meghan, but she has not confirmed whether she played a role in selecting the honorees.

With Harry and Meghan’s presence comes a whirlwind of global attention, which could increase sales and inspire donations.

They are scheduled to arrive in the United States around the same time as the Prince and Princess of Wales, who will be honored at a separate ceremony on December 2 in Boston.