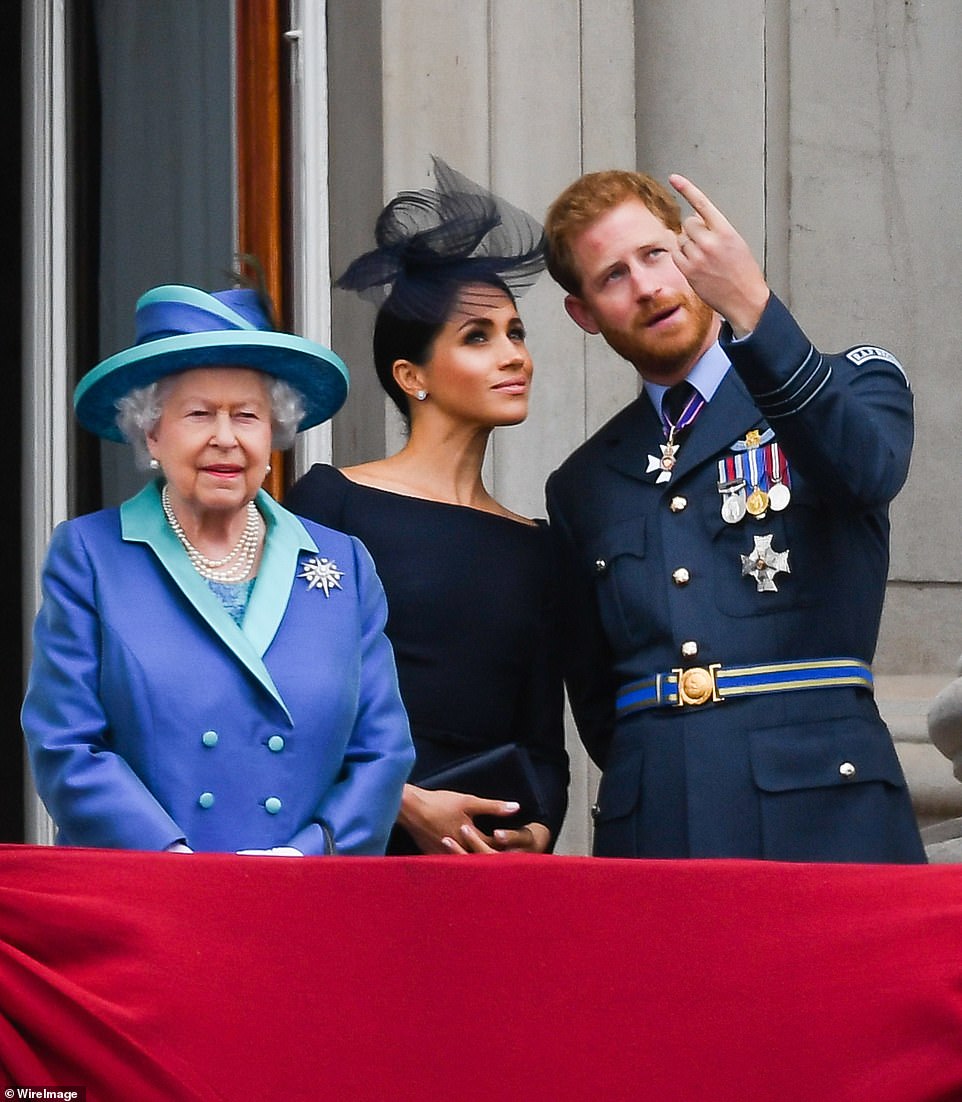 A dramatic statement at 3pm said the couple – as well as the Duke of York – would not be invited onto the balcony for Trooping the Colour, the spectacular Harry and Meghan could still appear on the Buckingham Palace balcony during the Platinum Jubilee celebrations, despite the Queen sensationally imposing a ban.

A dramatic statement at 3pm said the couple – as well as the Duke of York – would not be invited onto the balcony for Trooping the Colour, the spectacular start of her long weekend of commemorations.Then just 18 minutes later, the defiant Sussexes finally revealed in a tweet via their friend and journalist Omid Scobie that they will still fly in from California – with Archie, three today, and Lilibet, 11 months – for the events to mark the monarch’s 70 years on the throne that begin on June 2.

But palace sources suggest the outcast couple could make a starring appearance at the pageant finale alongside other senior royals, possibly even as part of a second balcony appearance.

The Queen’s decision is unlikely to fall comfortably with all Royal Family members – particularly Prince William – who have been left deeply hurt and angered by Harry’s behaviour. But sources said there was little doubt that all would put their feelings to one side for the sake of the monarch.

‘At the end of the day it is about celebrating the historic achievement of a truly remarkable woman. No one would want to disrespect the Queen by continuing hostilities in public,’ said one.

Another said: ‘Despite what has happened in recent years and what may be yet to come given that Harry’s memoirs have yet to come out, family members will accept the Queen’s olive branch in the spirit it was extended. The body language will be fascinating, mind you.’

Some might question the timing of Harry and Meghan’s visit given this week’s news that her first major project in a multi-million-dollar deal with Netflix has been scrapped by the streaming giant.

There are those who will view their keenness to be seen alongside the rest of the Royal Family – who just last year they accused of racism and abandoning them, both emotionally and financially – as part of an attempt to emphasise their links with the monarchy and strengthen their bankability.

However a palace source said: ‘They are much-loved members of the family and [the Queen said] they would be invited to family events. We’ve always made that clear.’start of her long weekend of commemorations.