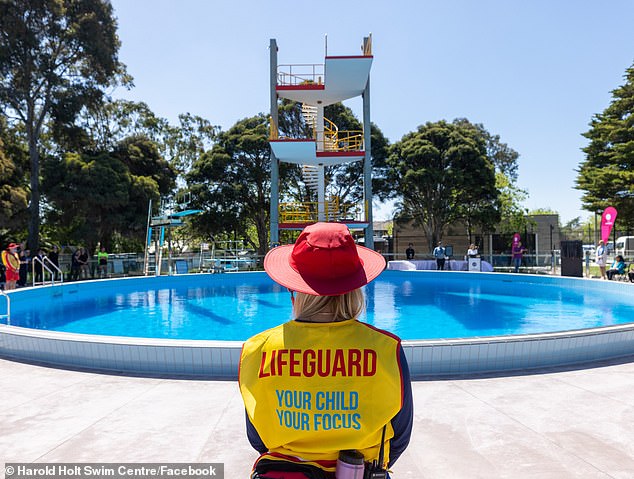 The restoration of a historic dive tower at a public swimming pool cost $170,000, yet it cannot be used.

In October, the dive tower at the Harold Holt Swim Centre in the Melbourne suburb of Glen Iris was reopened as a historical landmark after over two decades of disuse and deterioration.

The diving tower is deemed hazardous despite the fact that Stonnington Council spent close to $4 million to refurbish and upgrade the historic pool named after Liberal prime minister Harold Holt, who disappeared while swimming in the ocean in 1967.

Due to the heritage overlay, the tower had to be restored to its original design at a cost of $170,000, rendering it non-compliant with modern health and safety regulations.

Grant Siedle, a former swim coach who worked at the pool in the 1980s when the tower was a popular feature, was astounded that it is now only suitable as a monument.

“Council used ratepayer funds to refurbish a diving tower that you can no longer use,” he said on A Current Affair.

Those who commented on the Facebook page for the pool concurred.

One added, “Such a shame that risk assessments, red tape, and the nanny state will prevent today’s youngsters from experiencing the thrills, delights, and terrors of jumping from the highest platform.”

Ah, my youth spent in a pool! Enjoy it! “It’s a shame we can’t drop bombs from the 10-meter mark,” added another.

Mr. Seidle recalls the tower as a source of pleasure.

People used to sunbathe around the pool’s perimeter and do dive bombs, according to his statement.

It would be a shame if you could not obtain the same amount of enjoyment.

To me, it is absurd to spend a great deal of money to resuscitate something that just sits there and appears a certain way.

In 2003, the dive tower was shuttered due to safety concerns, but in 2013, a petition from people requesting its reopening prompted Stonnington Council to begin planning its restoration.

However, after Heritage Victoria vetoed plans to make the tower consistent with modern safety requirements, the council compromised by constructing one- and three-metre diving boards adjacent to it so that the plunge pool could still be utilized.

‘The purpose of having it is to serve as a trophy for the councillors who wanted to restore it, so they can affix a beautiful plaque and say, ‘Look at the excellent job we did,” he explained.

Therefore, they have spent extra money constructing a smaller structure next door for our use.

Mr. Hurlston asserts that the council also selected the most expensive bid for the unusable tower.

Stonnington Council answered that only the bid with the highest price met the requirements.

A spokeswoman stated, “Council conducted an open public tender for the project and received one compliant bid.”

‘Although a number of additional proposals were received, they were declared non-conforming since they only priced a tiny portion of the project and were therefore unfit to carry out the project in its entirety.’

The council determined that the diving tower could not be repaired to an acceptable level of safety.

‘Through the project planning and community involvement process, Council considered advice and feedback; nonetheless, it became evident that despite the tower’s popularity, it could not be restored to the required safety standard,’ a spokeswoman explained.

The only choice was to save it as a nostalgic reminder of the pool’s great legacy and historical significance.