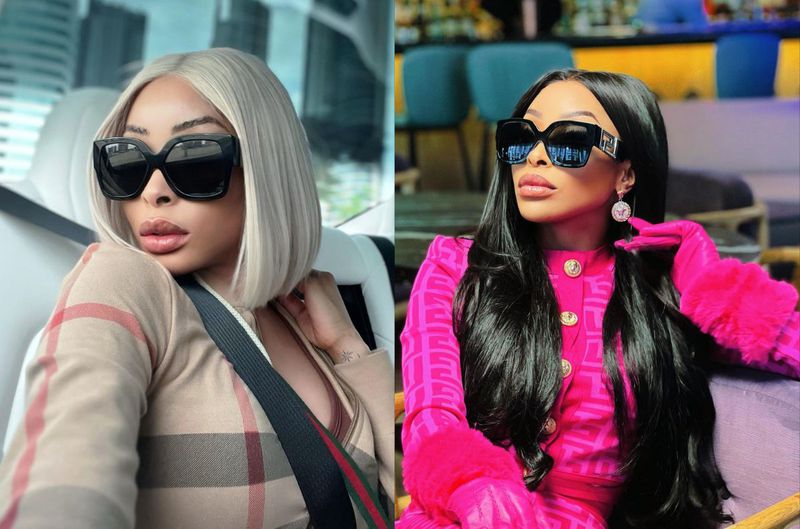 Khanyi Mbau and her Zimbabwean partner Kudzai Mushonga are currently not just on vacation in Dubai, but they have also become permanent residents.

Mbau has demonstrated how she and her boyfriend have been living it up in the United Arab Emirates. In Mbau’s most recent posts on 5 January, the couple demonstrated that they have formed intimate relationships with uber-wealthy and -famous celebrities that Mzansi only knew from television.

In the post, Mbau was dressed to the nines in a classy red scarlet ball gown with sequins and partying the night away with her wealthy lover. The handsome businessman attended the event wearing a black tuxedo that perfectly complemented Mabu’s red dress.

The pair interacted with the casts of Dubai Bling and The Real Housewives of Dubai during an intimate private party.

In a video posted on Instagram, South Africa’s Queen of Bling could be seen bonding with The Real Housewives of Dubai supermodel Chanel Ayan. In the center of what appeared to be a restaurant, the divas could be seen having a serious chat and becoming acquainted.

Later, the witty and beautiful model responded on Mbau’s article, stating that she loved meeting Mbau.

Ayan wrote, “It was a pleasure to meet you, sister.”

Mbau responded to this by stating:

“Such a delight, gorgeous. ”

According to IOL, the extravagant party was held to commemorate the 37th birthday of Dubai Bling reality TV actress Farhana Bodi. The birthday girl requested that her guests wear ornate red numerals.

The birthday girl took photos with her guests and drank tequila shots all night with Mbau, Ayan, and the rest of her visitors.