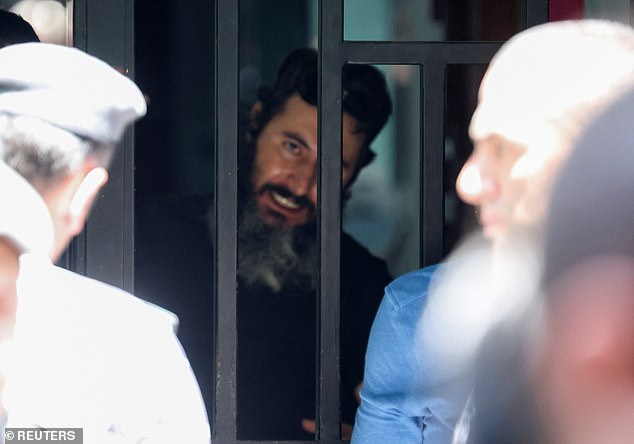 In Beirut, a furious Lebanese man seeking access to his blocked account’s $200,000 is holding bank employees hostage while brandishing a shogun.

The Federal Bank in Beirut has withdrawal restrictions in place because of the poor economic condition across the nation.

The shooter has threatened to set himself on fire and fired three warning shots at the bank.

According to reports, the guy is holding up to seven workers hostage while carrying a canister of gasoline in an effort to get access to the money he needs to pay his father’s medical costs.

He shouted that his family members were in the hospital when the employee refused to provide him access to the roughly $200,000 he had in his bank account.

Then, according to a security source, he took out his revolver.

The insider, who was unable to say how many customers or personnel were at the branch, said that some bank customers were able to escape before he closed the doors on the remainder.

Due to his advanced age, at least one elderly individual was allowed to leave the bank, and government mediators were sent in to start negotiations with the hostage taker, according to the interior ministry.

Three-quarters of the people are now living in poverty as a result of the country’s greatest economic crisis in modern times, and the value of the Lebanese pound has fallen by more than 90% versus the dollar.

The region has been encircled by members of the Lebanese army, internal security force police officers, and intelligence personnel.

The Lebanese Red Cross informed Reuters that while an ambulance had been sent to the scene, no one had yet been treated.

A Reuters witness saw a bearded guy talk to several men in plainclothes outside the bank while standing behind the barred entryway.

He was heard urging them, “Let them give me back my money!”

Outside the bank, a throng had formed, with many of them yelling, “Down with the reign of the banks!”

Officers are attempting to negotiate a deal with the armed guy, but so far without success.

The angry guy is shown on cell phone camera footage pointing his shotgun and demanding his money back.

Another video showed the guy being urged to release at least one prisoner by two police officers who were stationed behind the barred bank entrance.

The guy was requesting a $2,000 withdrawal to cover his hospitalised father’s medical expenses, according to a bank client who left the facility as the situation became tense.

A coffee shop owner in eastern Lebanon successfully withdrew $50,000 from a bank branch in January after holding bank employees hostage and threatening to murder them.

Since the start of the economic crisis, Lebanon has not yet implemented official capital restrictions.