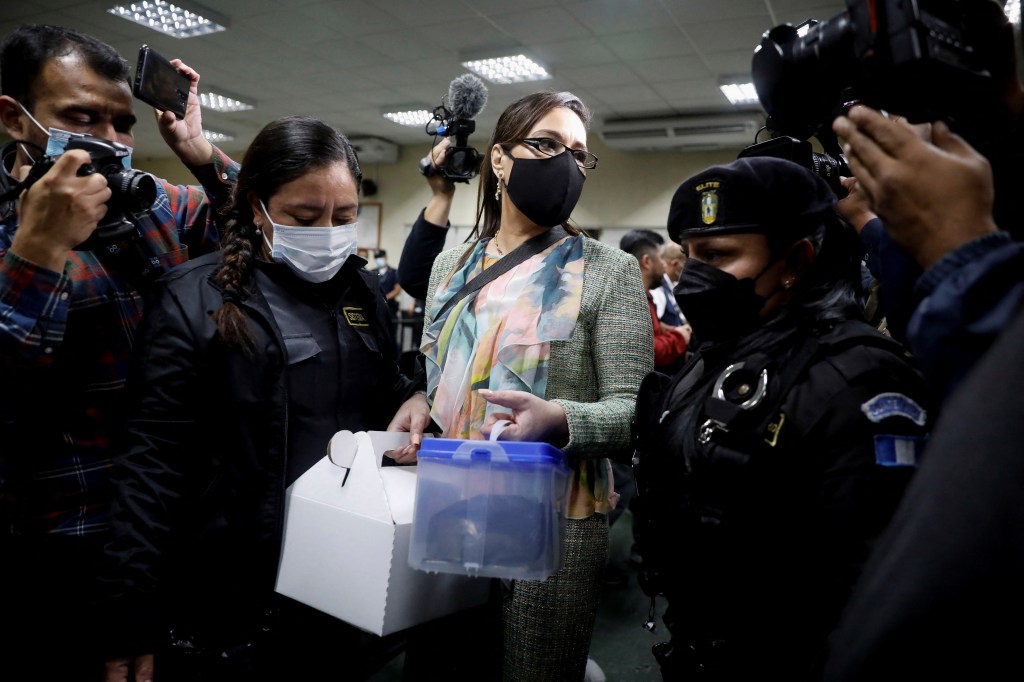 Wednesday, a Guatemalan court sentenced former President Otto Perez and his vice president, Roxana Baldetti, to 16 years in prison each in a bribery case, years after stunning corruption disclosures forced the two into early retirement and prison.

The defendants were found guilty of illegal association and customs fraud, but not of illegal enrichment.

Perez, who served as president of Guatemala from 2012 to 2015, has spent the past seven years in prison awaiting the case’s verdict. In a different fraud case, Baldetti was sentenced to more than 15 years in jail in 2018.

Perez, a 72-year-old former general who promised to combat crime when he assumed office, was compelled to leave with only four months remaining in his term due to demonstrations over corruption allegations.

Perez told reporters during a break in the trial, “All that’s left is to appeal,” adding that he felt “cheated” because the conviction was reached “without a scrap of evidence.”

The two were accused of leading a scam where importers paid bribes to avoid paying customs duty. Over two dozen others have been charged in relation to this investigation.

On Wednesday, Perez was compelled to pay $1,10 million while Baldetti was fined $1,06 million.

Perez Molina walks before the judges after receiving his sentence.
REUTERS

The “La Linea” case was initially investigated by the now-defunct International Commission Against Impunity in Guatemala (CICIG), with support from the United Nations.

In 2018, Guatemala removed the Colombian head of the CICIG, Ivan Velasquez, after his repeated attempts to investigate then-President Jimmy Morales and after it imprisoned scores of politicians and businesspeople.

The next year, Morales let the CICIG’s operating authority to expire, thereby disbanding the panel. Due to their collaboration with the CICIG, Guatemalan investigators began to target judges, prosecutors, and journalists in 2021, forcing several into exile.

Since then, a number of individuals implicated in corruption cases probed by the CICIG have been released, and the CICIG’s findings have been overturned. This year, Velasquez was appointed Colombia’s minister of defense.

»Guatemala’s ex-president and ex-vp are convicted of graft«