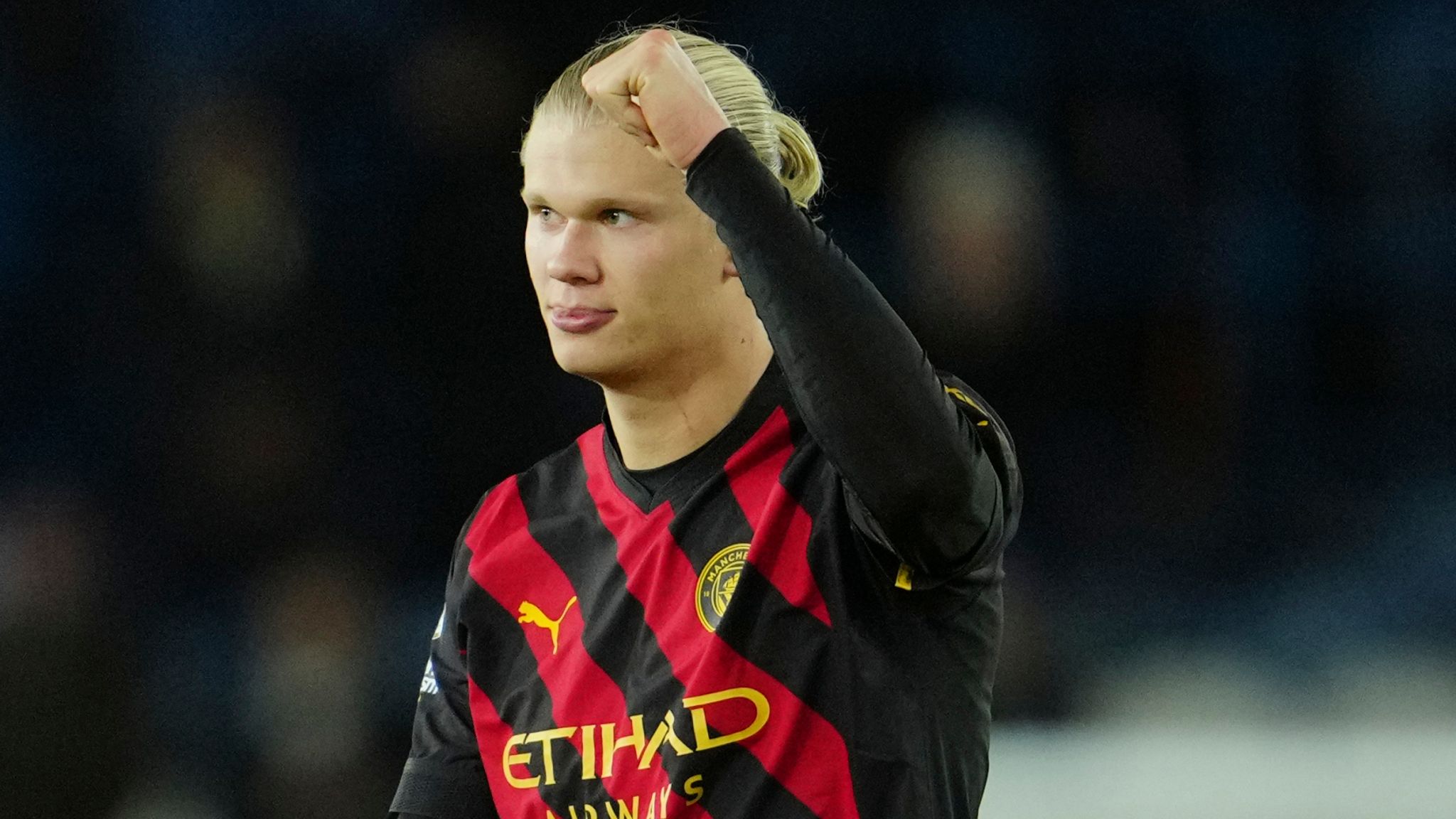 Even though Erling Haaland scored two goals in Wednesday night’s 3-1 victory over Leeds United at Elland Road, Manchester City manager Pep Guardiola believes that the goal-scoring machine is not at his best.

The Citizens dominated the game from the opening minute, when striker Haaland sprinted between defenders and goalkeeper Illan Meslier saved his effort to score by dinking the ball.

Rodri scored on a rebound after Riyad Mahrez’s shot was deflected into his path by Meslier, who was ultimately defeated and went into halftime down by a goal.

The Norwegian striker scored a tap-in five minutes after halftime, assisted by Jack Grealish, then scored his second goal in the 64th minute, bringing his total to 26 goals in 20 appearances for City in all competitions to become the fastest man to achieve 20 Premier League goals.

Guardiola believes that his top striker is not at his best despite scoring two goals, and that he can do better to help his team grow and have a good season.

“I believe Haaland is still not at his best due to his injury; it is difficult for him to move his massive frame, but the more minutes he can play, the better,” stated Guardiola.

“I received the impression he was not at his best. Therefore, if he is more intelligent, we can do better. A question of time will pass. He is always a formidable menace to the opposition. The odds are incredible, but I have a hunch that he is not just here for the odds; he wants to win. There are still 70 points up for grabs.”

On Saturday, City will host Everton in a Premier League match at the Etihad Stadium, attempting to cut the Gunners’ lead to two points.

»Guardiola, City’s manager, believes Haaland is not at his best«