Federal  government of Nigeria has been asked to establish special courts for quicker dispensation of justice for survivors of Sexual and Gender Based Violence, SGBV.

The National President of the Nigeria Union of journalists,  NUJ,  Chief Chris Isiguzo,  made the call at a one day training for gender reporters and activists on how to report SGBV tagged RUSH organised by the Nigeria Association of Women Journalists,  NAWOJ, in association with Report Women 2021 fellows in Abuja.

Chief Isiguzo while cautioning participants to imbibe journalism ethics in their reportage, said there is a dire need for journalists to learn how to report SGBV as no gender is immune to the problem.

According to the National President of NUJ, it is a good thing that many people are now coming up to speak out unlike in the past when they were hindered by the fear of stigmatization. 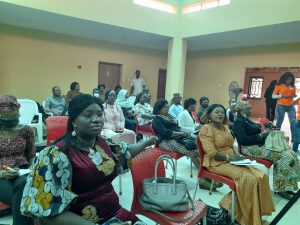 For the National President of the International Federation of Women Layers, FIDA, Nigeria Chapter, Barrister Rhoda Tyoden, cases of Sexual and Gender Based Violence are over ten hundred times under reported and rate of prosecution is low.

She said for there to be a semblance of window of justice for survivors,  state governments must be proactive and not wait for when there is a catastrophe before adopting measures that will ensure their safety.

Earlier in a welcome speech, the National President of NAWOJ,  Mrs. Ladi Bala, had asked participants to continue reporting the menace until the right steps are taken by the authorities, the survivors voices are heard among others.

She said essence of the training was to build the capacity of women journalists to specialise in SGBV reporting so as to achieve positive results. 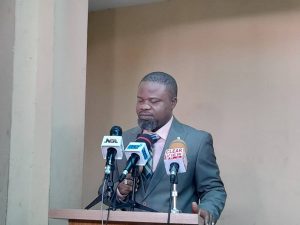 In their separate speeches, Bassey Ita Ikpeng, Dr. Ene Ede, Anna Daniel, Dr. Ejike Orji among others urged participants to empathise, build confidentiality, and pay attention to emotional and physical trauma of survivors as they report until something happens.