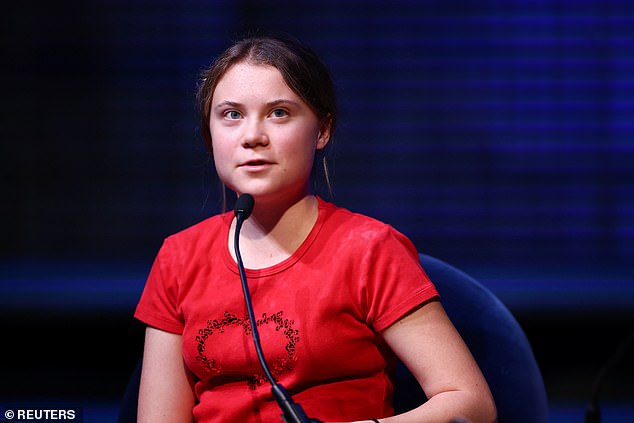 In a television broadcast, teenage climate campaigner Greta Thunberg referred to the United Nations climate change summit as a “scam.”

Ms. Thunberg made her remarks before to the Conference of Parties meeting in Egypt on Sunday, where Australia’s Energy Minister Chris Bowen will represent the nation.

In an interview that will appear Thursday evening on ABC’s 7.30 program, Ms. Thunberg stated that Australia must ‘wake up and handle the climate issue as an emergency.’

Ms. Thunberg also urged Australians not to have faith in politicians to take the necessary steps to stop global warming, and she stated that she does not support Green political parties by default.

“It appears that many Australians believe that everything will be alright now that we have a new administration,” she remarked from her home in Sweden.

Of course, that is extremely, extremely untrue.

The 19-year-old stated that she has never supported a political party and that all political parties have failed to solve climate change.

People often believe that I support Green parties and the like, which is obviously not the case.

All existing ideologies and party politics have failed to bring about the required adjustments.

People sometimes ask Ms. Thunberg, who has campaigned internationally on climate concerns since she was 15 years old, if she is a pessimist or an optimist towards rescuing the earth.

I always assert that I am a realist. It is feasible for us to avoid the worst effects of this catastrophe, but only if we alter our current course of action.

There are surely opportunities and possibilities for us to save as much as we can.

She stated, “But as long as we remain as we are, there is not much hope in sight.”

This weekend, some 35,000 delegates will convene in Sharm el Sheikh for the COP 27 climate change conference.

Chris Bowen will lead the Australian delegation, while US Vice President Joe Biden will be one of 100 world leaders present.

Ms. Thunberg, however, stated that politicians use words “to make it appear as though they are doing something when they are not.”

She stated that climate summits “provide a chance for large polluters to greenwash themselves… utilizing public relations and communication practices disguised as politics.”

Ms. Thunberg, who began her climate activism as a 15-year-old student, spurred a worldwide movement by organizing a school “strike” to raise awareness about climate challenges.

On her Twitter account, she identifies herself as a ‘Activist with Asperger’s’ and states that her straightforward communication style has helped her disseminate her message.

She told ABC’s 7.30, “I say it like it is, I don’t try to package any message to meet anyone else’s opinion in order to please anyone.”

Even while many communication gurus say we need to be optimistic in our reporting and we need to communicate in an optimistic, positive manner, the fact that we are confronting an existential crisis contradicts this advice.

Ms. Thunberg stated that addressing climate change is a moral issue; it is no longer a matter of politics. It is only common logic and basic decency.’

More than one hundred experts, including geophysicists, oceanographers, meteorologists, engineers, economists, mathematicians, historians, philosophers, and indigenous leaders, have contributed to her new book, The Climate Book.

Ms. Thunberg recently opened up about her everyday adolescent life, revealing that she has never been drunk and that she fears being vulnerable in romantic relationships.

She stated that she is extremely conscientious of all of her actions, as she survives solely on a student grant.

While she prefers to walk rather than take taxis, she has made one exception after Donald Trump’s public attack on her, when she was required to have security guards.

When Thunberg was voted Time’s Person of the Year in 2019, President Trump tweeted, following her address to the United Nations General Assembly, “She seems to be a very happy young girl with a bright and wonderful future.” How lovely to see! ‘

At the age of 17, she was bombarded with death threats and media attention, compelling her to hire security.

She received her revenge, however, when Mr. Trump was evicted from the White House, tweeting, ‘He seems to be a very happy old man who is looking forward to a bright and wonderful future. How lovely to behold! ‘