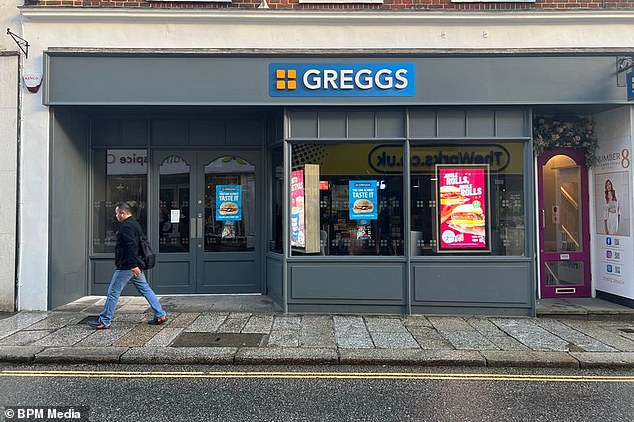 Greggs’ decision to construct a new store in a Cornish city has prompted outrage in the county due to concerns that it will steal business from local bakers.

The bakery giant, which has more than 2,000 locations in the United Kingdom, will establish a new location in Truro next month, some three years after its initial attempt to enter the county failed.

Since then, though, it has opened two stores, and the possibility of a third, this time in the capital of Cornwall, has stoked concerns.

The new location would be located several hundred metres away from Rowe’s and Warrens, which claims to be the oldest producer of Cornish pasties.

Locals have dubbed the Newcastle bakery “the Devil’s offspring,” according to The Telegraph, and while some are confident it will not survive, others are skeptical.

Some are concerned that “tourists” may flock to the well-known brand instead of the decades-old local enterprises.

The new store opens on Tuesday, December 6 — three months behind schedule — on the site of the former Co-op and Bristol and West building society branch on St. Nicholas Street.

This week, Greggs declined to explain to the local newspaper Cornwall Live why their opening was delayed.

A spokesperson for Greggs would only confirm that the restaurant would open “sometime this year.”

The chain’s initial attempt to enter the pasty market failed in 2019 when a store at the Carkeel Roundabout in Saltash shut down after seven months of operation.

In contrast to the rest of the United Kingdom, where Greggs has experienced significant expansion, locals choose to stick with their beloved Cornish Pasties and eschew the bakery brand.

Locals dubbed the victory “Greggxit” after the announcement that the store had been shuttered after a “thorough review.”

However, the business returned to Cornwall in October 2019 by building a store at an A30 service station.

This was followed in the summer of 2020 by the opening of a second store in the Penngyllam Industrial Estate on the outskirts of Launceston.

Near October 2021, signs began to appear on the site in Truro, a short distance from Cornish pasty manufacturers Rowe’s and Warrens.

David Harris, a local Conservative councillor, told the Telegraph that it is up to customers to decide from whom they purchase pasties.

He stated, “Cornish pasties are a regional specialty.” If you get a decent one, it will be lovely. If you choose a cheap and cheery one, it is revolting…

If no one buys them, the business will close – it’s as simple as that.

People in the Truro Our City Facebook Group acknowledged the publication’s hiring difficulties.

In addition, opinions have been divided on the possibility of a Greggs opening in Truro.

One observer stated, “All the tourists will go there because it is a well-known brand… small bakers are facing extinction.”

Another wrote, “I don’t think it will last long in Truro because almost no one wants it. I had a Greggs sausage roll and was disappointed because it was undercooked; I won’t be attempting another one.”