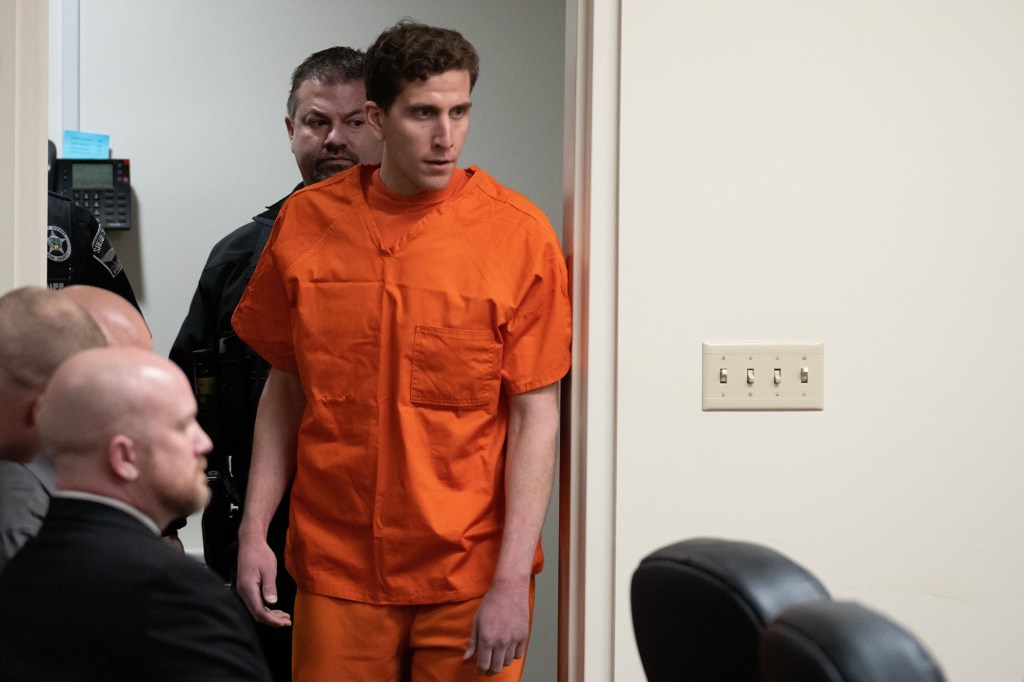 During his first semester as a PhD student in criminology, Bryan Kohberger was “gregarious and outgoing,” according to two former classmates. However, he remained “completely silent” during a conversation about the murder of four University of Idaho students.

According to Ben Roberts of the Idaho Statesman, the 28-year-old doctorate candidate was one of the first students to present themselves at Washington State University in Pullman last fall.

The only impression he had of him was that he was gregarious and outgoing, he told the site. “He was conducting his rounds. He appeared to be more eager than others present to go around and introduce himself.

Roberts and another student reported that Kohberger appeared devoted to his studies and frequently spoke out in class, especially on his area of expertise – understanding the criminal mentality.

A master’s student informed the Statesman on the condition of anonymity, “Bryan only discussed his interest in forensic psychology.” Every class period, he spoke. He was an exceptionally intelligent student.

According to a master’s student, the 28-year-old doctoral candidate enjoyed speaking in class.
ZUMAPRESS.com

Roberts stated that Kohberger “sat in the front and was not hiding or tucking himself into the back.” He was in the thick of the action.”

On December 12, a master’s student reported that his manner abruptly changed during a courts and judicial procedure lesson where the November 13 murders were discussed.

Former classmate to news organization: “He was completely silent.”

“I’m astounded. The youngster continued, “I can’t believe this person was around me after committing such a heinous crime.”

Roberts stated that he and Kohberger had a few conversations outside of school about music, sports, and hiking, which Kohberger indicated he appreciated.

A former classmate reported that Kohberger remained silent during a discussion of the murders at the University of Idaho.
ZUMAPRESS.com

He also observed that Kohberger appeared superior to his female classmates.

Roberts told the Statesman, “It’s difficult to see a pattern when you’re in the classroom, but he tended to push back more when a woman was speaking than when a man was speaking.”

“He was more interested in asking perceptive questions and similar matters,” he continued.

Kohberger was a criminology doctoral candidate at Washington State University in Pullman.

The other student stated that Kohberger “belittled LGBTQ+ individuals, those from marginalized communities, the disabled, and women.”

When another individual hung a pride ally flag on a door, Kohberger became irritated, as stated by the student.

Roberts added that Kohberger mentioned he hadn’t slept well the night before late in the semester.

“I recall it wasn’t the week before or after the homicides, as I believe that would have set off an alarm in my mind,” he stated.

Roberts told the paper, “I believe it was around the time when we had a lot of assignments, and I don’t think any of us were getting enough sleep.”

Thursday was Kohberger’s first appearance in court in Moscow, and he is being held at the Latah County Jail on four counts of first-degree murder and burglary.