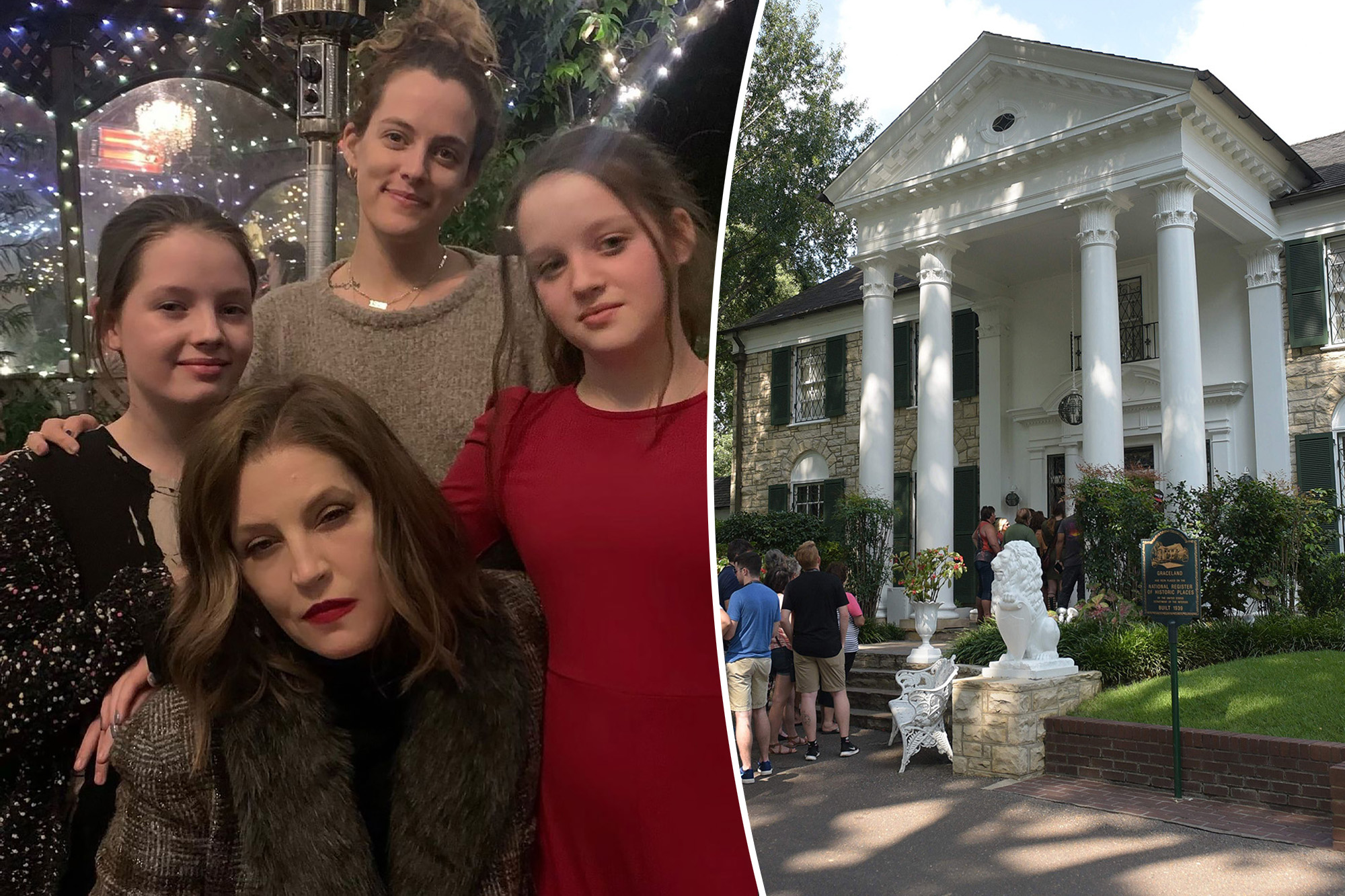 Graceland will be transferred to Lisa Marie Presley’s three daughters, as she desired.

Fans were left wondering who will inherit her father Elvis Presley’s renowned estate after her untimely and tragic death last week.

The Memphis, Tennessee property, which is in a trust, will benefit Riley Keough, 33, and 14-year-old twins Harper and Finley Lockwood, a Graceland representative confirmed Monday to People.

Not only did Lisa Marie grow up in this house, but Elvis Presley died there at age 42 in 1977, when his daughter was nine.

Lisa Marie, the only child of Elvis Presley, inherited Graceland as part of a trust that dissolved on her 25th birthday in 1993, at which point she became the sole owner of the property.

Lisa Marie elected to form a new trust, The Elvis Presley Trust, alongside her mother, 77-year-old Priscilla Presley, and the National Bank of Commerce in order to continue the successful management of the estate.

Through the years, the trustees have elected to open Graceland to the public for tours and overnight stays.

“Graceland was given to me and will remain mine forever,” declared Lisa Marie in 2013. “Then transferred to my children. Never will it be sold.”

Lisa Marie insisted vehemently that the property remain within the family.

In 2013, she claimed, “Graceland was given to me, and it will forever be mine.” “Then transferred to my children. Never will it be sold.”

On Monday, the Presley family announced that a public memorial service for the singer-songwriter will be held on the front lawn of Graceland on January 22 at 9 a.m.

Family representatives previously told Page Six that Lisa Marie would be placed to rest alongside her father and son, Benjamin Keough, who died by suicide at age 27 in July 2020.

Thursday, Lisa Marie Marie died at the age of 54 after experiencing cardiac arrest at her home in Calabasas, California, and then “multiple times” at West Hills Hospital and Medical Center.

According to authoritative sources, there appeared to be no drugs on the scene.

Lisa Marie and Danny Keough, to whom she was married from 1988 to 1994, co-parented Riley and Benjamin.

From 2006 to 2016, she was married to Michael Lockwood, with whom she co-parented their twins.

»Graceland will pass to the three daughters of Lisa Marie Presley«