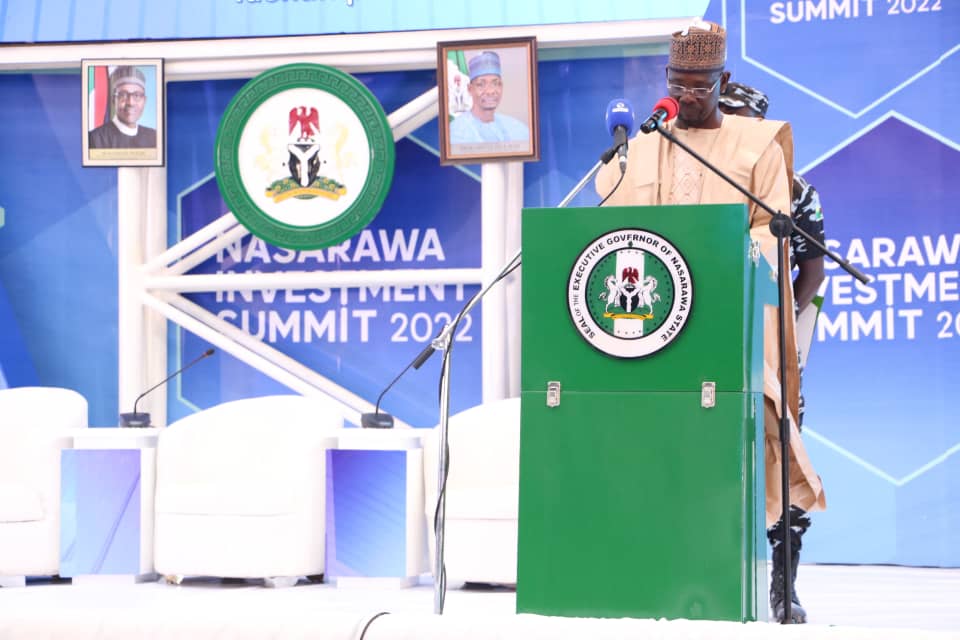 The Nasarawa State Investment Summit 2022 has opened in Lafia the State Capital with the theme, ‘Diamond in the Rough’ – The Making of New Investment Frontier.

The summit which had participants from various backgrounds across the globe is aimed at enhancing the State economic strategy, attract both local and international investors for the development of the State in particular and the country at large.

The Nasarawa Investment Summit 2022 is a component of the State’s Economic Development Strategy (NEDS) and is part of the State Government’s drive to increase private sector participation in the State’s economy as well as position the State as a premier investment destination.

The summit will serve as a platform to present credible and bankable investment opportunities that are market ready for investors engagement.

The objective is hinged on promoting investment opportunities in the state as well as fostering partnership between public institutions and the private sector actors, who are critical players in the socio-economic development of the State.

Speakers at the Summit

Speaking, Governor Abdullahi Sule said that his administration would continue to create an enabling environment for investors to invest and other business activities to thrive.

Sule also urged investors to have confidence and invest in the state.

The Speaker Nasarawa State House of Assembly Rt. Hon. Ibrahim Balarabe Abdullahi also led members of the State Assembly to the Summit which had in attendance members of the National Assembly from the State.

Justice Aisha Aliyu Bashir, Chief Judge of Nasarawa State, Dr John Mamman, Chairman APC Nasarawa State, a renowned business man Arc. Abu Seze among other business individuals and groups within and outside the country as well as prominent sons and daughters of the State attended the summit just as the Emir of Lafia, Justice Sidi Bage Muhammad (Rtd) led other traditional rulers from the State.