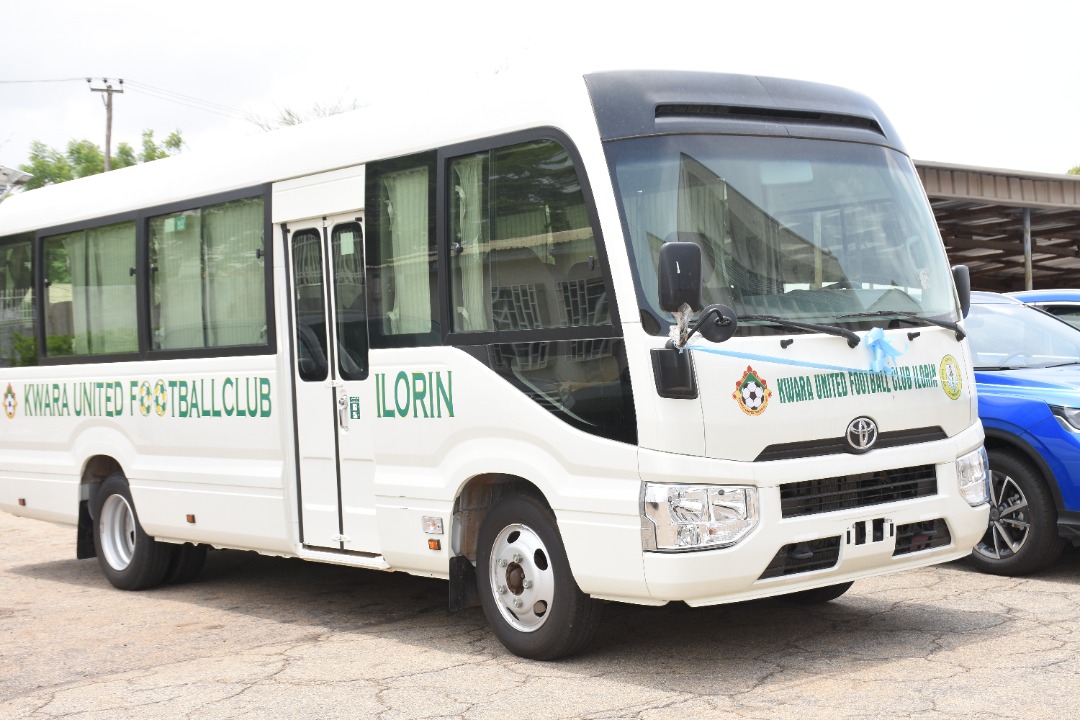 He promised to continue to support the squad in order to meet the club’s fans’ desires.

The Governor indicated that by handing over the bus key to the Chairman, Clement Kumbi Titiloye, he was hoping to alleviate the team’s transportation woes and that other issues will be resolved soon.

He challenged the squad to repay the favor by raising their game and competing fairly in the ongoing Nigeria Professional Football League in 2021/2022. (NPFL).

Kumbi Titiloye, the club’s chairman, expressed gratitude to the Governor for the gift, which he termed as a “morale booster.”

“We must appreciate Governor AbdulRahman AbdulRazaq,” Tituloye remarked. It will be extremely beneficial to the team’s cause.” I’ll also ask him to look at the club’s additional demands, especially now that the season is underway and we’re hoping to meet our goals.”

Kwara United is now in sixth place on the NPFL standings, with the Chairman claiming that the target set is still possible, given the number of matches still to play.

Mallam Bola Mogaji, the Executive Chairman of the Kwara State Sports Commission, praised the Governor for authorizing the team’s bus, saying that the gesture would encourage the squad to perform better.

“It’s a good gesture, as it would alleviate the transportation-related challenges of the region,” he remarked.

“The government knows there are other challenges and promised that it will do the needful at the appropriate time, but the team too has to encourage the government to do more, with improved performances.”