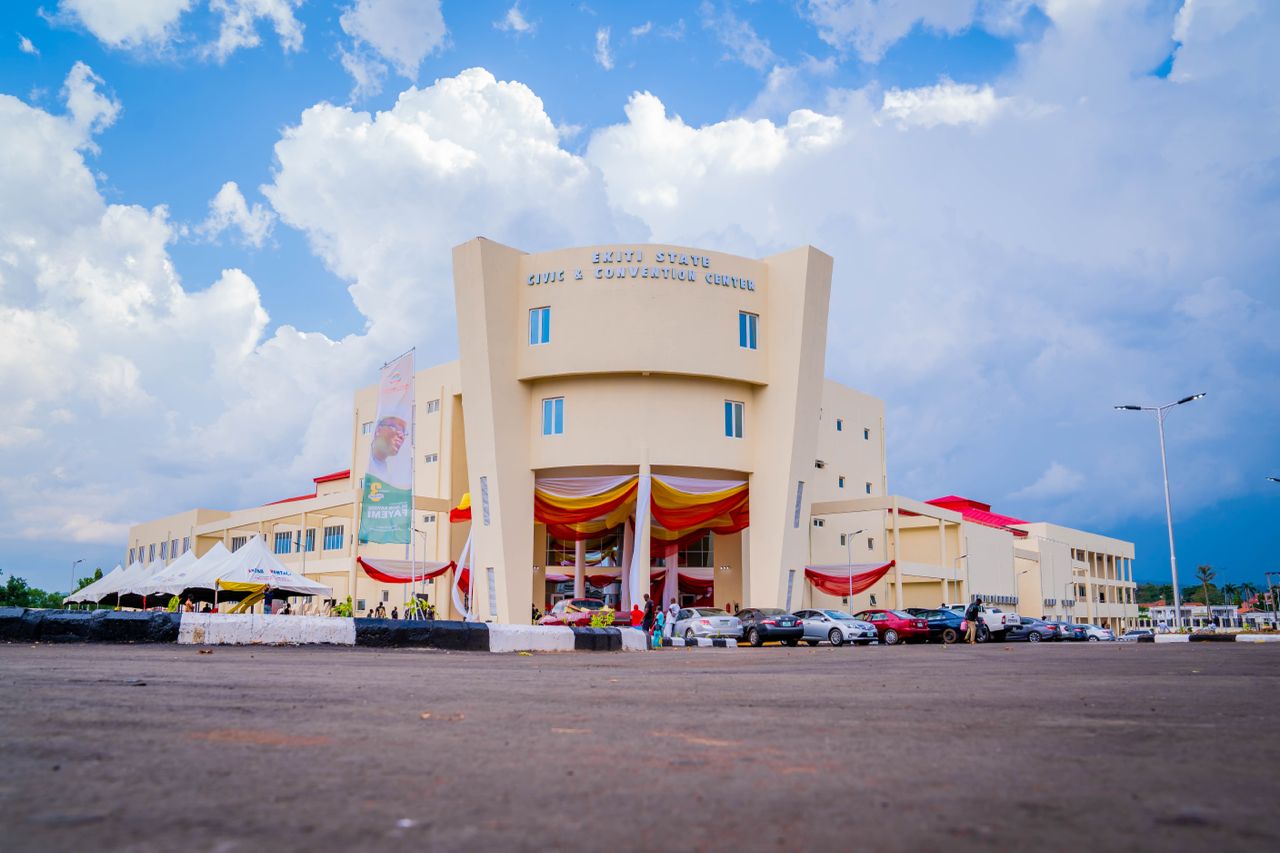 The Governor of Ekiti State, Dr Kayode Fayemi has named the recently inaugurated ultra modern Civic and Convention Centre, in Ado-Ekiti, the state capital, after the late sage and former Premier of the defunct Western Region, Chief Obafemi Awolowo.

The gesture, according to a release personally signed by Governor Fayemi in Ado-Ekiti on Monday, is in commemoration of the 35th anniversary of the death of the late Awolowo. The Civic and Convention centre, which was commissioned by Vice President Yemi Osinbajo (SAN) on October 14, 2021, is now to be known as Obafemi Awolowo Civic Centre, Ado-Ekiti.

The Governor’s statement reads:
“Today, as always, we remember and celebrate the life and legacy of the late Chief Obafemi Jeremiah Oyeniyi Awolowo, GCFR, who was a founding father of our great country Nigeria, frontline nationalist, former Premier of the defunct Western Region, former Federal Commissioner for Finance, and one of the founding fathers of the progressive movement in Nigeria.

“In his lifetime, late Chief Awolowo demonstrated the finest ideals of the Yoruba Omoluabi in his personal life and public conduct, and bequeathed to us coming after him one of the greatest examples of a life of integrity, honour, and service.

“His vision and central philosophy of ‘Life More abundant, and Freedom for All’ remains the foundation upon which the ideology and practice of the progressive movement in Nigeria and beyond continues to build, while his teachings and writings remain a guide for the many public servants to this day.

“The government and people of Ekiti State are proud to be associated with the legacy of our dear late Chief Obafemi Awolowo, and on this occasion of the 35th Anniversary of his demise, I am pleased to announce that in our modest way to further immortalize our dear legend, we are naming the recently commissioned Civic Centre in the state capital Ado-Ekiti as the Obafemi Awolowo Civic Centre, from this day, Monday, May 9, 2022.

“The Obafemi Awolowo Civic Centre from this day, shall be a memorial to all that her patron of blessed memory represents, and a reminder for us all to continue to strive to achieve the unfinished greatness that he lived for.
“May his memory remain blessed.”