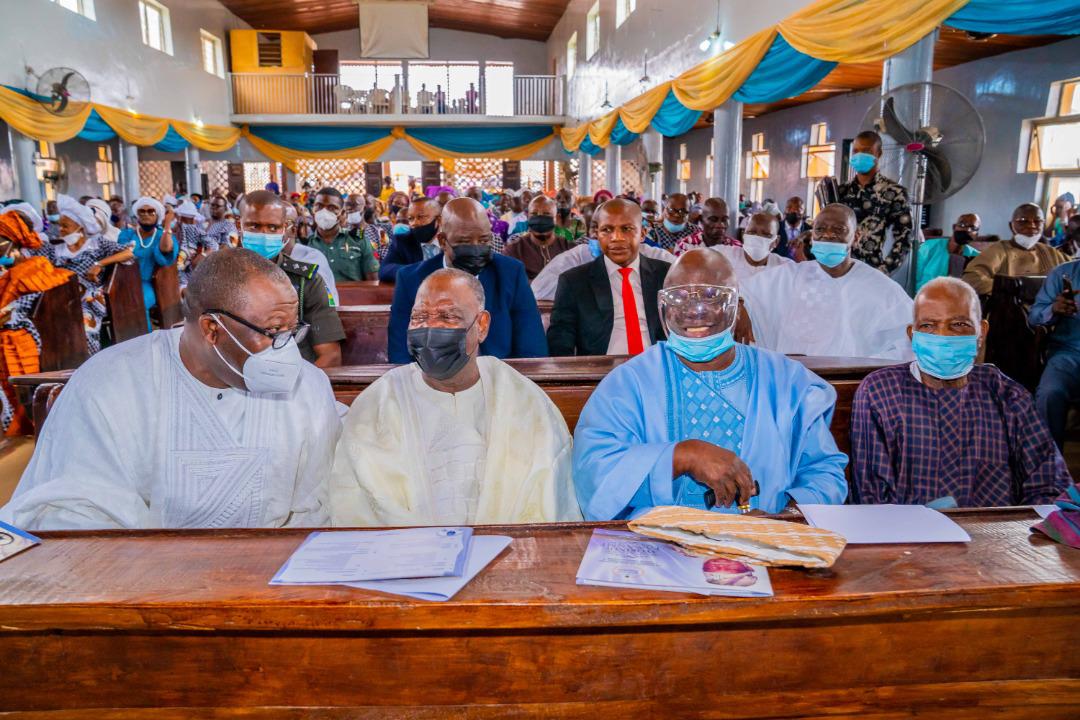 Governor Fayemi, in his tribute at the memorial service held at St John’s Anglican Church, Iye- Ekiti, described the late Fasanmi as a dogged politician who was always full of ideas on how to strengthen democracy in Nigeria, adding that he also demonstrated strong commitment to the propagation of the ideas of the progressive family.

Dr Fayemi, who last year named a newly constructed model college in honour of the late politician, said the late Fasanmi had served the State and the country without any expectation of personal gains or benefits.

He said the only way to celebrate and honour him was to embrace the lifestyle of the late Fasanmi by following the path of decency, integrity, honesty, progress and commitment to the continuous development of the human person.

“Last year in the heat of covid, we lost papa, and we couldn’t really do the needful in term of celebrating his life and even some of his beloved could not join us because of the restrictions of that period and this is what has necessitated the family calling on all of us to come down and join them in this memorial service and in celebrating the life of our beloved papa.

“Yes, the State is glad that we were able to honour papa before he departed, he knew about the school. He visited the place when it was under construction but by the time Covid set in he wasn’t able to see the school when it was commissioned.

“Baba was a courageous politician and he encouraged us to be courageous. For him integrity was not enough, competence was not enough but the courage of our conviction to speak truth to power and to do that which is right was what baba represented in many ways. He added.


Earlier in his sermon, the retired Bishop of Osun Diocese, Dr James Popoola who spoke glowingly of the deceased, called on the congregation and leaders of the country to learn from Papa Fasanmi’s example and join hands to move Nigeria towards the safe harbour of peace and prosperity.

Also the President of Iye Development Association, Dr Kayode Kupolati called for the immortalization of the late Fasanmi through the establishment of federal institutions in the community as a recognition of his numerous contribution to the development of the country.

The memorial Service which had in attendance the Diocesan Bishop of Ekiti Oke, Dr Isaac Olubowale; Head of Service Osun State, Mr Festus Oyebade who represented the Governor of Osun State; the Oniye of Iye Ekiti, Oba Jonathan Adeleye-Oni; Anglican bishops; priests; Afenifere family and many other dignitaries.