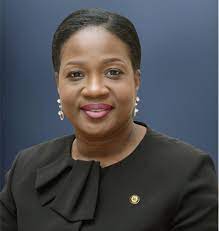 The Ogun State Governor, Prince Dapo Abiodun has appealed to the leadership of the National Association of Resident Doctors (NARD), to end its ongoing indefinite strike in the interest of the general public.

Prince Abiodun, who made this appeal while speaking at an occasion, described the strike as unfavorable, saying it would hinder the government’s fight against the rise in the infection of the Delta variant of COVID-19 in the country.

Represented by his Commissioner for Health, Dr. Tomi Coker, Prince Abiodun said the prevailing economic circumstances which had affected all sectors of the economy, called for reflection from both government and NARD, imploring the striking doctors to put the lives of Nigerians first.

“This event also provides us an opportunity to talk about the ongoing strike by the National Association of Resident Doctors which is a sub-sector of NMA. Let me say that, as a government, we appreciate the genuine concern of NARD for the welfare of its members and the overall development of the health sector. But it is also important that all of us must understand and appreciate the prevailing economic circumstances as they affect all other sectors of our economy”, the Governor added.

According to him, despite limited resources at its disposal, his administration had made qualitative healthcare delivery one of its top priorities, saying the state could boast of improved life expectancy, reduction in infant and maternal mortality rate, better emergency response, and a more proportionate healthcare per capita.

Prince Abiodun called for more contributions and partnerships from organisations and public-spirited individuals in facilitating sustainable development programmes in the State.

Earlier in his address, the branch Chairman of the NMA, Dr. Oladayo Ogunlaja, appreciated the State government for its remarkable response to the COVID-19 pandemic and other strides in the health sector, charging members of the Association and other health workers to continue to make sacrifices and save lives.