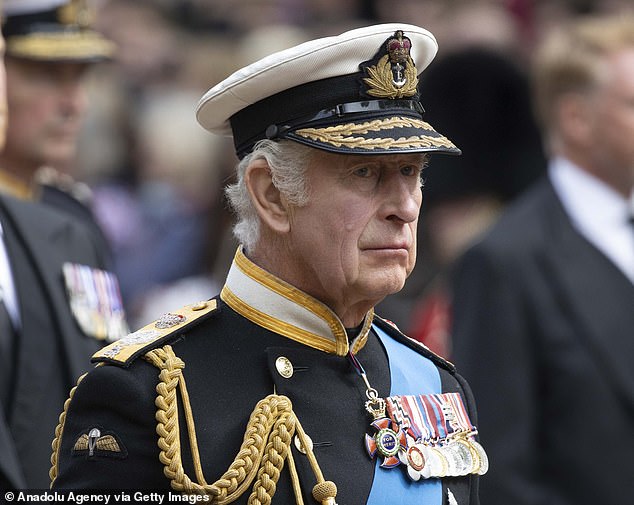 Last night, the Government was accused of ‘very poor taste’ for spending taxpayer funds to determine whether respect for the British monarchy had altered since Charles ascended to the throne.

The Mail on Sunday can reveal that a week after the Queen’s death, the government awarded a data analysis business a £20,000, 12-month contract to keep it informed of “global media coverage” of the monarchy.

The contract, which was handed to a company led by a former Conservative member of parliament, called for a “media monitoring and sentiment analysis” of items pertaining to the British monarchy. “This will include, but not be limited to, the late Queen Elizabeth II and the new Monarch King Charles III,” the statement continued.

The contract decision, however, was deemed humiliating for the King by Tory lawmakers.

One former minister stated, “This is precisely the type of frivolous spending that must be reduced. Additionally, it is impertinent to the new King.’

There are more diplomatic methods to conduct this study, even if it is required for state visits and trade transactions, a former minister stated.

The surveillance program, according to government sources, would battle “global disinformation” regarding the transition to a new sovereign.

It follows concerns that the end of the Queen’s 70-year reign would leave the monarchy and Commonwealth in limbo.

Some lawmakers opined that the allocation of the contract to Signal AI, managed by former Tory leader Archie Norman, demonstrated that the government shared their worries.

The Cabinet Office, however, stated, “We routinely hire third parties to monitor the spread of worldwide disinformation during times of great national significance.”

Buckingham Palace and Mr. Norman did not comment, but it is believed that he had no involvement with the deal.

Meanwhile, Buckingham Palace refuted rumours that the King was eager to attend the Cop 27 climate summit in Egypt next month. According to reports, Prime Minister Rishi Sunak upheld his predecessor’s ban on Charles attending the conference.

Buckingham Palace denied that the King was unhappy. According to a source, the monarch will commemorate Cop 27 by inviting Mr. Sunak and other important decision-makers to a reception at Buckingham Palace before the summit.

»Government commissioned a £20,000 taxpayer-funded research firm to monitor media coverage of the monarchy«