Hundreds of Google employees are asking the business to enhance the privacy of individuals looking online for abortion access and to expand its abortion healthcare coverage to contract workers.

More than 650 Google employees have signed a letter addressed this week to Alphabet CEO Sundar Pichai and other Alphabet officials by the Alphabet Workers’ Union.

The petition from the employees demanded that the corporation implement urgent data privacy safeguards for any health-related activities, including abortion information, so that it “must never be kept, passed over to law enforcement, or considered as a criminal.”

When looking for abortion providers, they want Google to prohibit adverts that deceptively route people to anti-abortion ‘pregnancy crisis’ clinics.

The undersigned demand that Google cease partnering with “disinformation publishers” that make “unreliable and damaging statements on a severe health problem.”

The union tweeted: “We are aware that firms are frequently forced by law to pass over data, which is why we are requesting that Google cease collecting data on individuals seeking abortion-related information, period.”

It is the only means of protection against police enforcement. Users should be unafraid to look for abortions. They highlight that Alphabet, Google’s parent firm, had vowed to pay travel and other health care costs for employees seeking an out-of-state abortion and to assist certain employees in relocating if the U.S. Supreme Court eliminated the constitutional right to abortion.

The June judgment reversing the 1973 Roe v. Wade decision has set the path for harsh abortion restrictions or prohibitions in over half of the states in the United States.

However, they argue that the current travel reimbursement of $50 per night is insufficient and should be increased to $150 per night. They also note that the benefits do not apply to contract workers, who are commonly found in the technology industry and are typically paid less and have fewer benefits than full-time employees.

It also requests that the firm discontinue all political donations and lobbying on behalf of politicians and groups “responsible for choosing the Supreme Court justices who overturned Roe v. Wade and continue to violate other human rights concerns relating to voting access and gun control.”

Thursday, Google declined to comment on the petition. The business said in July that it will begin removing automatically information about users who visit abortion clinics or other locations that might cause legal issues.

Users have always had the ability to modify their own location records, but Google has announced that it will do so automatically as an extra layer of safety.

Pichai informed staff at the end of July during an all-hands meeting that their productivity is insufficient and that they must provide ideas to assist the firm become more innovative.

He informed his employees that he expected their assistance as the software behemoth adapts to new economic problems.

Last year, Pichai said that he would permit 20% of the company’s personnel, or around 140,000 employees, to work from home permanently, but that their compensation would be adjusted based on their work locations. The majority of employees must be in the workplace three days each week. 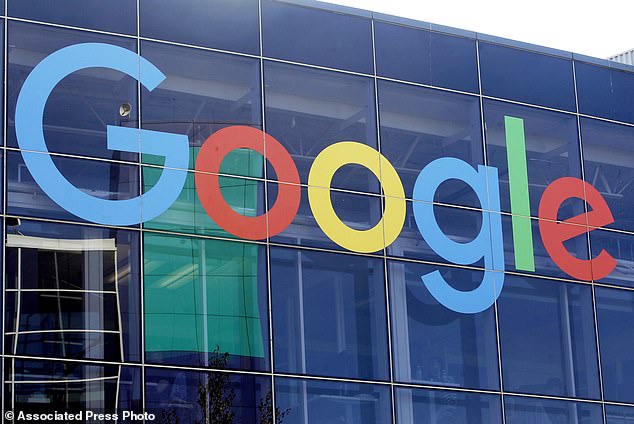 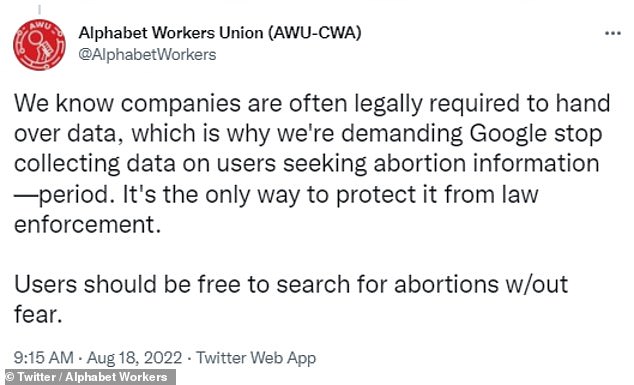 on by the union this week. He is yet to respond 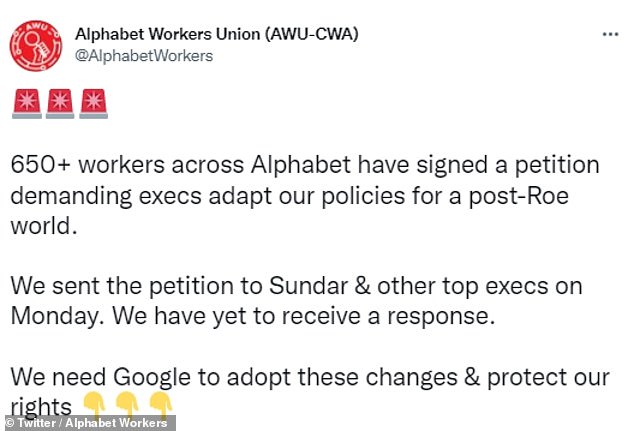 According to CNBC, Pichai warned employees during the meeting that Google’s efficiency is not where it needs to be despite the company’s headcount.

The CEO, who has a net worth of around $1.3 billion, desires his employees “build a culture that is more mission-focused, product-focused, and customer-focused.” CNBC noted that we should consider ways to limit distractions and increase the bar for both product quality and efficiency.

He continued, “I would much appreciate your assistance.”