A group of kind strangers assisted a fire squad in rescuing a lady stuck in her automobile just minutes before it was swallowed up by a gigantic sinkhole in Texas.

The white Sedan was buried and sinking in water on Tuesday evening around 6.40pm in El Paso, after the city was devastated by significant floods.

Firefighters swiftly hooked a rope to the trunk of the automobile, and others rushed to assist in keeping the vehicle’s rear end above water.

Others were observed lifting the lady through the back window and bringing her to safety at the same moment.
When the lady is out of the sinking vehicle, the Good Samaritans let go of the rope, and the white Sedan can be seen tilting farther into the abyss.

Within minutes, the automobile is almost completely immersed in the sinkhole, with just the back lights visible above the water.

‘She would’ve been dead in thirty seconds,’ a witness told CBS News.

According to Enrique Duenas-Aguilar, the El Paso Fire Department public relations officer who videotaped the rescue, the lady was brought to a medical vehicle with minor injuries she allegedly got while shattering the rear window of her automobile. 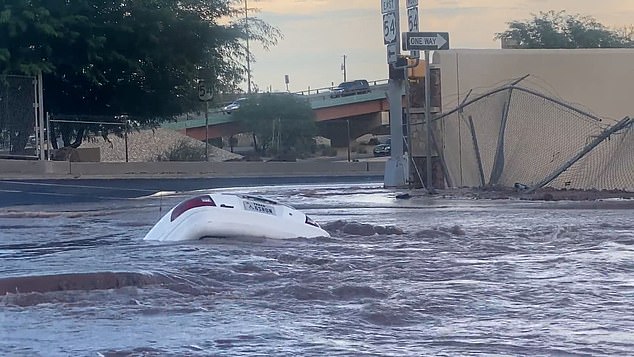 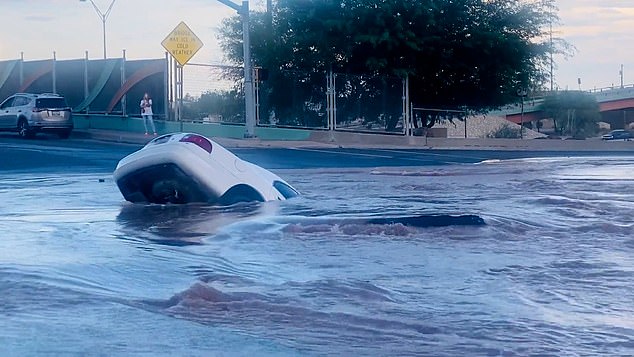 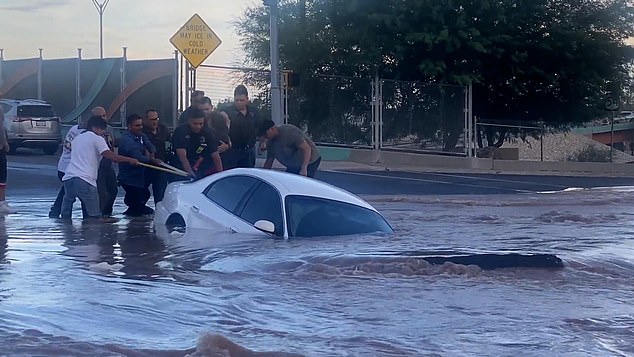 El Paso Water employees used a digger to extract the heavily damaged automobile from the sinkhole created by a water main break a day later, when the floods had abated.

‘EPWater technicians have extracted the automobile from the hole and will now work to remove debris and restore the water line,’ EPWater stated in a statement.

The road where the sinkhole formed is still blocked. 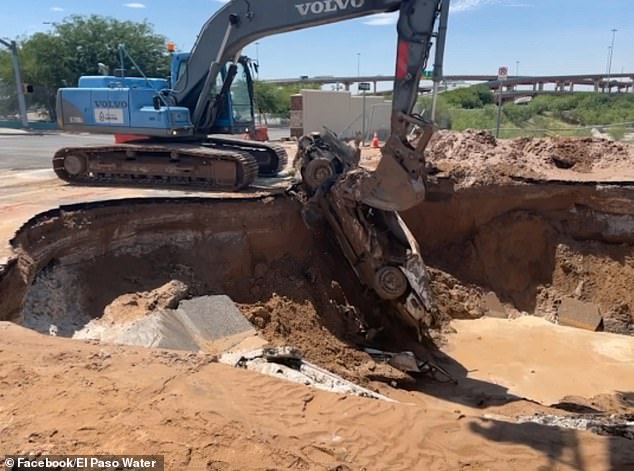 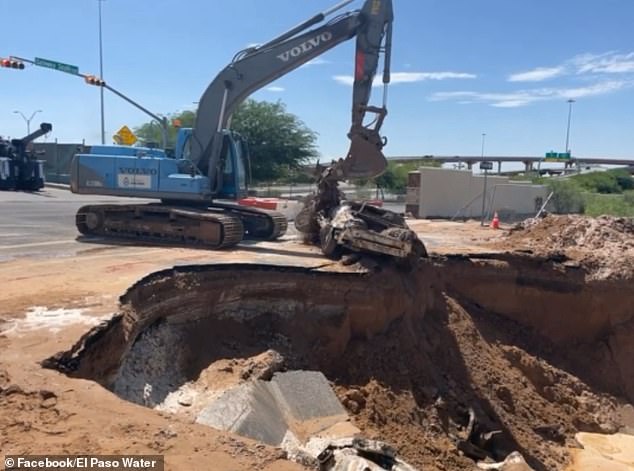