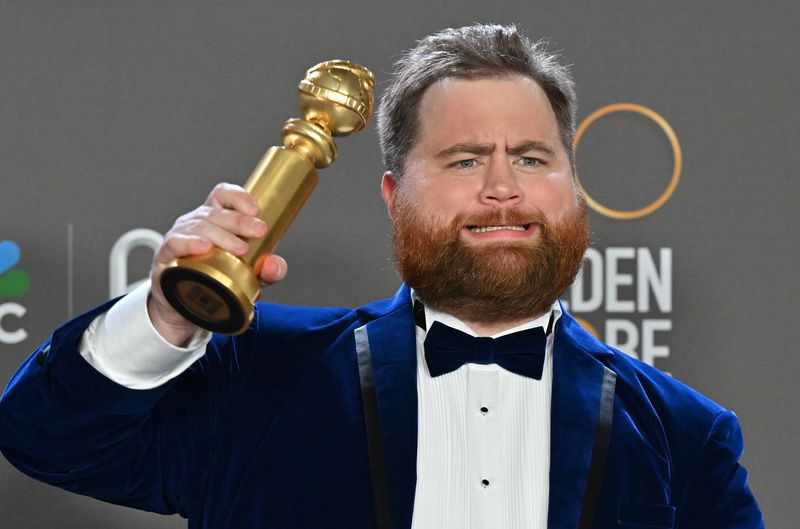 Paul Walter Hauser attracted the attention of professional wrestling fans during his Golden Globe acceptance speech when he repeated the Dudley Boys tagline “Get the tables” and subsequently made an appearance on AEW Rampage.

Hauser was awarded the Golden Globe for best supporting actor in a television series for his work in Black Bird.

When Danhausen entered the ring during Hauser’s chat with Renee Paquette, there was a’very nice, very evil’ interruption.

Danhausen believed he deserved an honor for being the top goods salesman for AEW in 2022.

Hauser stood up to Jarrett, delivering the memorable statement, “You look like the owner of a Crunch fitness,” to JJ.

After delivering a torrent of obscenities, Hauser knocked down Sonjay before being eliminated by Lethal; meanwhile, Danhausen was rendered ineffective by Satnam.

It appeared that Lethal would use the Golden Globe to crush Danhausen’s head, but Orange Cassidy and the Best Friends arrived to the rescue.

However, Lethal, Jarrett, and company would steal Hauser’s Golden Globe, and this conflict is far from ended.

»Golden Globe winner hit in the head with a guitar string«