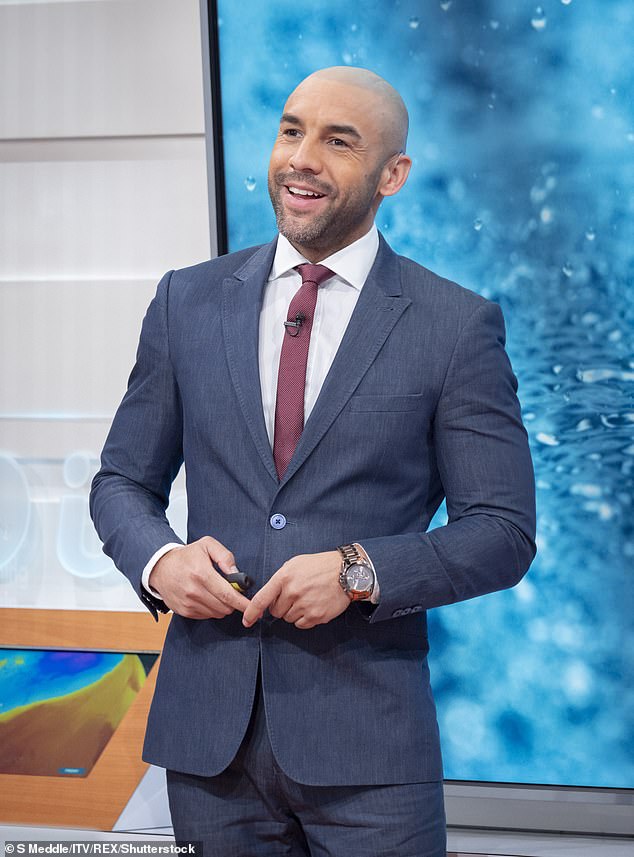 Good Morning Britain weatherman Alex Beresford has called in the police after being targeted by racist trolls on Twitter.

The TV presenter reported an incident to the Metropolitan Police last month after experiencing an unprecedented level of personal attacks on the social-media platform.

Friends of the 41-year-old say he was furious at the degree of abuse and, after years of grimly tolerating the slurs, finally decided to take action.

The level of abuse towards him is extraordinary, it is a disgrace. Like many celebrities he will take so much but it gets to the point when something serious needs to be done and the authorities have to get involved.’

Friends of the Bristol-born presenter say that he was dismayed by the response of Twitter to his complaint about the racist tweet.

In its reply, the social media giant wrote: ‘After reviewing the available information we want to let you know that @AndrewH1508 hasn’t broken our safety rules. We know this isn’t the answer you’re looking for. If this account breaks our policies in the future, we’ll notify you.’ Twitter suggested that Mr Beresford simply blocks the troll.

Their debate ended with Morgan walking off of the programme. The following day, it was announced that he would not be returning after he refused to apologise for his views, citing free speech.

A record 58,000 complaints about Mr Morgan were made to television regulator Ofcom but ITV were cleared following investigation.