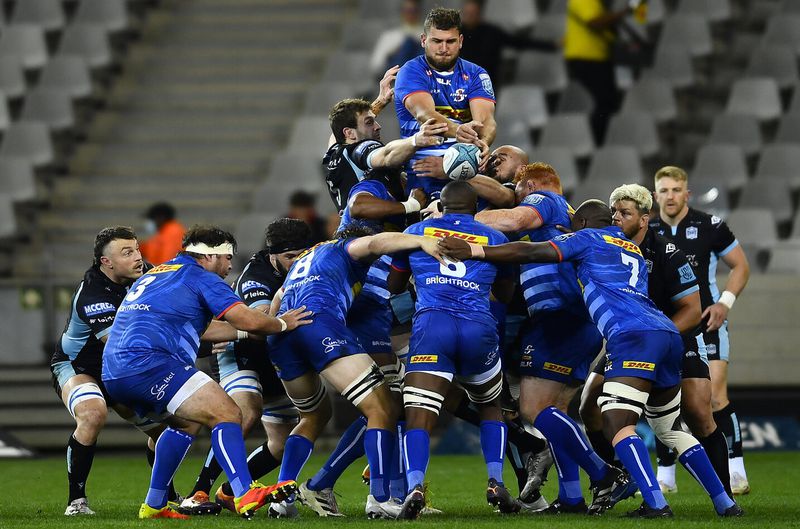 Here is all you need to know before Sunday’s United Rugby Championship encounter in Glasgow between the Warriors and the Stormers.

When the Warriors traveled to Cape Town in April 2022, they were crushed by the Stormers 32-7.

The Stormers have won their last five games, but their most recent defeat occurred on the road.

– Wing Sebastien Cancelliere has beaten the league’s most defenders (25). He also has the second-highest number of clean breaks (12).

The Glasgow Warriors have scored a try or been handed a penalty on 63% of their 22 visits, the highest percentage in the league.

– Losing possession in only two of their mauls, the Warriors have the highest ball retention rate in the maul (96%) in the URC.

– 40.3% of their turnovers are the result of unforced turnovers.

In Round 11, further up the lineup, Hacjivah Dayimani continued his outstanding form by assisting on two tries. Teammate Paul de Wet was one of just two players to accomplish this feat. Additionally, Dayimani produced as many clean breaks as any other player (three).

— Against the Lions, Deon Fourie won four turnovers for the Stormers, the most in the round. Fourie’s average of 2.59 turnovers won per 80 minutes for players with more than three appearances this season is the highest in the league.

This will be the second meeting between these two parties. In their first match, the Warriors traveled to Cape Town and suffered a crushing 32-7 defeat.

However, Scotstoun Stadium in Glasgow is a true fortress, since the host team has won 10 consecutive matches there. The Stormers are now second in the table and have won their previous five matches, but their most recent defeat occurred away from home.

Sixty-three percent of the Glasgow Warriors’ incursions inside the opposition’s 22 have resulted in a penalty or a try, which is the highest percentage in the league. In the maul, where they have the highest ball retention rate in the URC (96%) they have demonstrated the same degree of accuracy.

However, a source of aggravation for players, coaches, and fans will be their inaccuracy rate. This season, they have surrendered 40.3% of their turnovers due to unintentional dropped balls.

However, they have benefited tremendously from Sebastien Cancelliere’s attacking brilliance, as he has beaten the most defenders in the league (25) and produced the second-most clean breaks (12).

This season, the playmaking axis in the Stormers’ backline has been excellent. Manie Libbok and Damien Willemse both finished in the top three for metres gained in Round 11, with 115 and 118 metres gained, respectively – an excellent combination.

Hacjivah Dayimani continued his excellent play in the pack last weekend by assisting on two tries and making a round-high three clean breaks. Only two other players had as many try assists as Paul de Wet, who currently has the most of any player this season (seven).

Deon Fourie’s four turnovers against the Lions were the highest total of the weekend, demonstrating the squad’s equilibrium between skill and attrition. Fourie’s average of 2.59 turnovers won per 80 minutes for players with more than three appearances this season is the highest in the league.