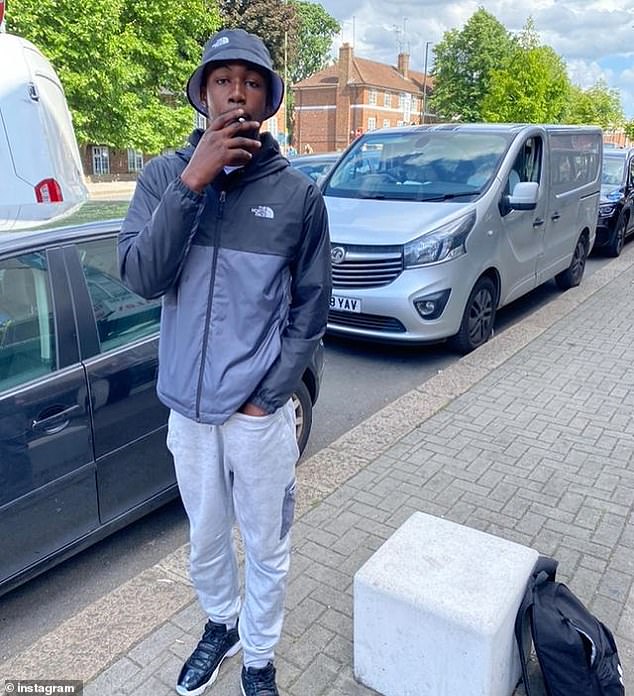 Three juveniles, two of whom are 14 years old, have been arrested on suspicion of murder after a 17-year-old boy was stabbed in an alleged “targeted attack.”

Ambulance staff contacted the police after Jesse Nwokejiobi was stabbed in a Cambridge nature reserve near the Cam River at approximately 2.50 p.m. on Saturday.

A few minutes later, however, the teenager, whose girlfriend Ameliyah Grant, 18, described him as “an angel,” perished at the scene at Logan’s Meadow.

Miss Grant told the Mail yesterday night that she was “devastated” by Mr. Nwokejiobi’s death.

She continued, “I am speechless.” No number of memories could ever fill this void.

This is a nightmare that he did not deserve.

His soul was extraordinary, and his heart was the nicest. I feel fortunate to have played a role in his story.

I will miss his odor, smile, and beautiful brown eyes. I pray that we will meet in the next life and finish what we began.

“He was my closest companion, my partner, my everything.” I cannot believe he has left.

Detective Superintendent Carl Foster stated, “We believe there were members of the public at the site who chatted with paramedics but left before to the arrival of our detectives.” I am requesting that they get in touch with us.’

The incident came days after the Cambridgeshire Constabulary introduced a knife amnesty to persuade citizens to surrender their weapons.

In the past year, knife crime has increased by 10%, according to the police department. Saturday at 11.30 p.m., detectives arrested a 14-year-old boy at his residence in connection with the stabbing.

A 14-year-old and a 17-year-old were arrested at midnight in South Cambridgeshire.

Three individuals were detained in Peterborough on suspicion of murder. The police suspect that the victim was murdered in a “targeted attack.”

Yesterday, a mother who formerly resided in the area stated, “I am heartbroken after discovering that he knew my son a few years ago. I have nothing but compassion for the young man and his family.

The woman, who did not wish to be identified, continued, ‘I won’t let my son out of my sight after this – it’s terrifying.’