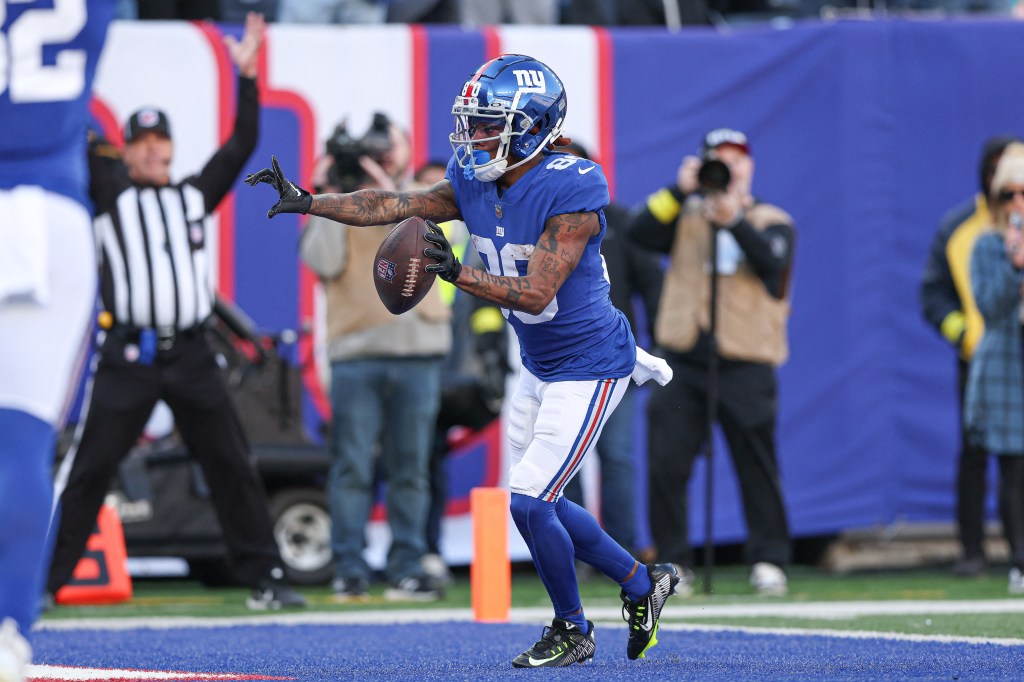 Richie James halted after advancing six yards toward the end zone before pivoting and waiting. In the second quarter of the Giants’ Week 17 playoff-clinching victory over the Colts, with the Giants in the red zone, quarterback Daniel Jones scrambled out of the pocket to buy time for James to find more space.

James retreated a few paces. Jones threw the football to his 27-year-old wide receiver. And when they connected for James’ fourth touchdown reception in seven consecutive games, the Giants took the lead in a 38-10 thrashing.

In his first season with the Giants, James’ performance has fluctuated. Early in the season, he emerged as a top option behind Sterling Shepard, but from Weeks 7 to 10, he caught just one pass in three consecutive games. During Week 8 against Seattle, he also had two punt return fumbles. James has accumulated at least five targets in all but one of the six games since Wan’Dale Robinson’s season-ending ACL tear, and 58 percent of his receiving yards for the season.

Jones told The Post on Thursday that James has performed admirably, particularly in “big-time moments” like third downs and red-zone plays.

Jones stated, “Knows where to be and how to get open.” “Excellent sense of space in zone. Also excellent after the catch. He’s been big for us.”

This week, James told Giants.com that he has learned to be patient in the NFL. He told the publication that he “definitely grew impatient” over time, but that “I knew I’d be fine as long as I stayed consistent and stuck to my game plan.”

James has also given stability to the wide receivers’ locker room, which has been in flux throughout the season. Wide receiver Isaiah Hodgins told The Post that he has imparted knowledge and tidbits gleaned during his years with the 49ers (he played on the 2019 squad that reached the Super Bowl) including advance route technique and defense recognition.

Hodgins stated, “He’s done a good job of being tough on himself and getting the timing down with the quarterback, making sure he’s where he’s supposed to be.”

James’ comfort level is “at an all-time high” due to his recent productivity, according to Hodgins, and this helps Jones and the entire offense, especially the wide outs, who have been plagued by injuries and inconsistencies.

James, Hodgins, and Darius Slayton have performed admirably by being in the right position, executing well, and playing really hard in both the run and pass games, according to the offensive coordinator, Mike Kafka. They are detail-oriented, intelligent men you can rely on to be dependable and tough.