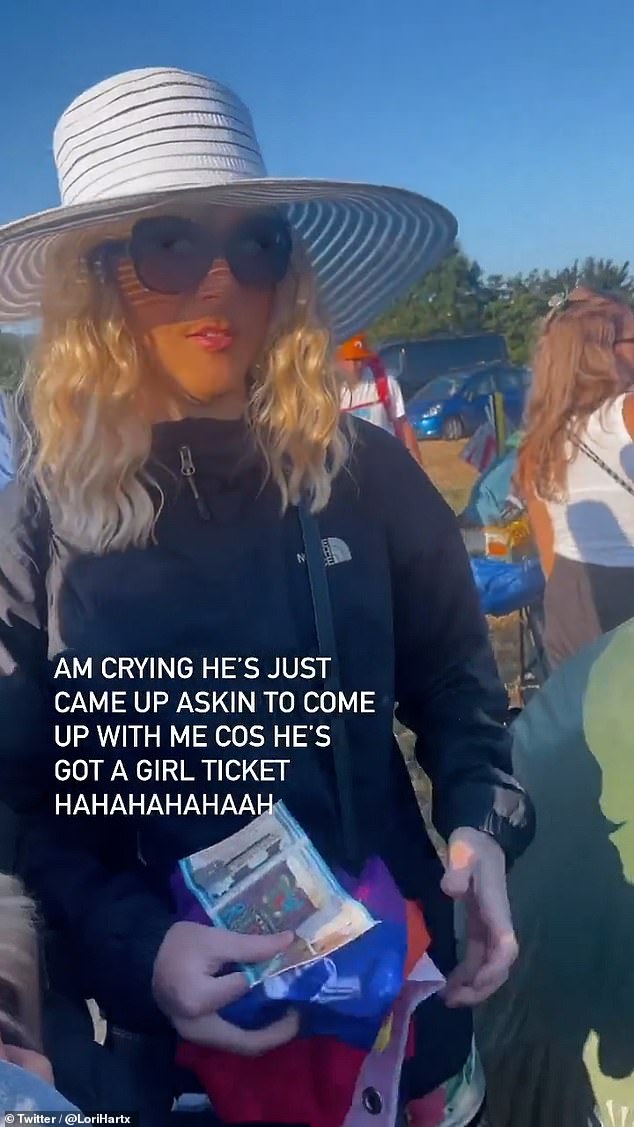 It can be challenging to get tickets for the renowned Glastonbury festival, and it is virtually impossible to enter using someone else’s pass.

One man, however, went above and beyond by using a woman’s ticket to enter while disguised in a dress and wig.

Another festival-goer who was “sobbing” with laughter at the man’s antics captured the man on camera.

A scouse lad approached me on Day One of Glasto wearing a wig and a dress because he had a woman’s ticket, tweeted Lori, an amused Twitter user who goes under the handle @LoriHartx.

Additionally, she revealed that he requested permission to “come up with me because he’s got a girl’s ticket.”

Many people found the video amusing because to the phony “disguise.”

One person stated they were “pray[ing]” he had gotten in after all the effort he put in,” while another said they wanted to “see the photo on the ticket to see the resemblance for him to get in.”

The man got lost in the ticket line, and Lori was unable to determine whether he was able to access the festival.

However, images shared online imply that the man entered the event grounds without being stopped by ticket personnel.

On the festival grounds, the man was seen sitting on some grass. Whether he is still at Glastonbury is unknown.