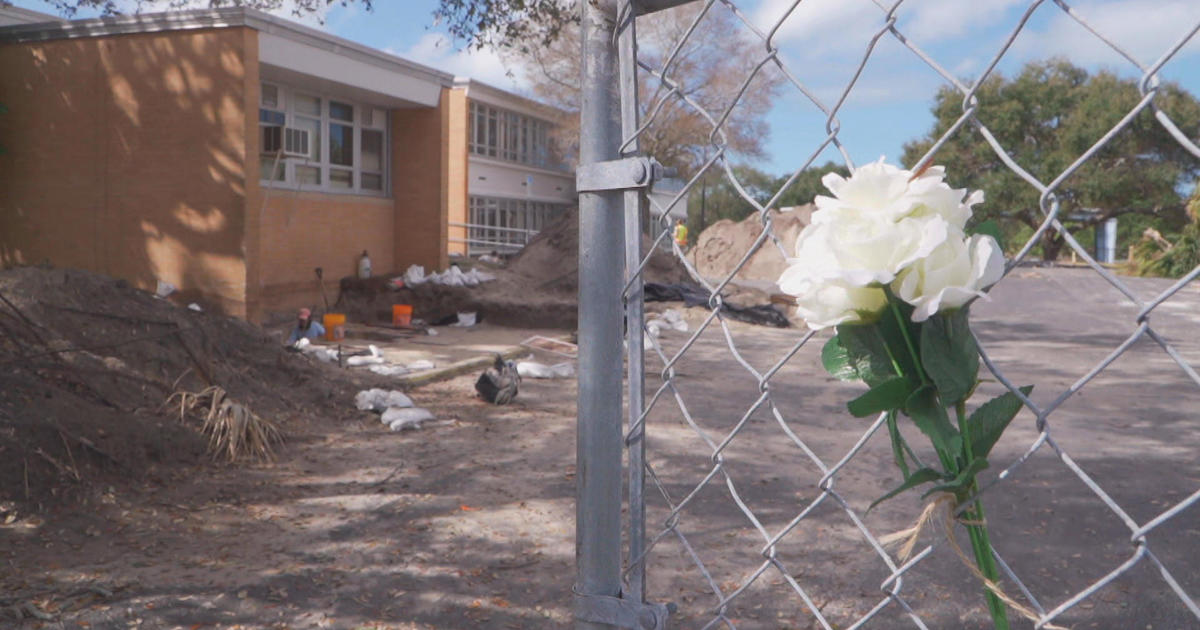 In twentieth-century Clearwater, Florida, segregation followed people to their graves. Now, the past’s injustices are resurfacing.

After human remains began to emerge from the earth at a school, a swimming pool, and an office complex, archeologists discovered that tombs from segregated cemeteries had been built over, their bodies now entombed beneath the ensuing development.

In an effort to rectify this injustice, a Florida state representative is now campaigning for legislation to locate and restore these forgotten historic cemetery.

North Greenwood Cemetery, one of Clearwater’s destroyed cemeteries, served the Black population until the mid-1950s, when the city chose to transfer the burials. Instead of integrating the white community pool, the city used the area to construct a school and pool for black residents. The city stated at the time that it would relocate the dead to a nearby cemetery. However, dozens of unmarked graves were left behind and discovered decades later.

Bell hopes her father, who is in his late 80s, can reach an emotional resolution. She explained that the matter is worsened by the fact that her grandmother’s gravesite is now a school where Black children are educated.

“It would be amazing if we could give him some form of closure before he passes away,” Bell added. “However, a significant number of Black students actually attended this institution. And to disturb this would be to upset the graves once more.”

Diane Stephens, a lifelong resident of Clearwater, grew up close to the former North Greenwood Cemetery. During her childhood, she witnessed the physical and emotional consequences of disturbing people’s final resting places.

“When I was younger, when it rained and saturated the ground, bones would emerge,” Stephens explained. “My parents would tell us to leave them there because they were searching. They are searching for their descendants as well as a final resting place.”

At an additional abandoned Black cemetery in Clearwater, disturbed graves now rest beneath the parking lot of an office building. The site was formerly a cemetery established by the St. Matthews Baptist Church and three other churches for the neighborhood’s residents. The neighborhood was called Clearwater Heights, and the majority of its residents were black. Today, the neighborhood no longer exists.

Carlton Childs Sr., whose great-grandfather founded Clearwater Heights, stated that unmarked graves were likely never relocated when the cemetery land was sold in the mid-1950s. Those who had enough money in life to purchase a tombstone, it seemed, were afforded dignity in death.

Childs discovered the truth about what happened to the ancestors of his town and stated that when a cemetery disappears, so does trust.

Who will be honest and forthright with us about what can be done? Childs inquired. Who will be accountable for what has been done to our forefathers, to our people, and to future generations?

Rep. Fentrice Driskell of Florida intends to assist with at least a portion of Childs’ request.

Driskell filed a measure in the spring of this year that would establish a governmental agency to assist in locating and preserving these cemeteries for future generations, in response to the discovery of obliterated Black cemeteries around the state of Florida.

The state House committees unanimously passed Driskell’s bill, but it died in the Senate. The representative stated that she intends to reintroduce the bill during a future legislative session.

When asked whether she had a message for those she is attempting to represent, the individuals buried in vanishing graveyards, Driskell stated that she would tell them their lives mattered – and continue to matter now.

“Even while we cannot undo what happened to them, we can surely try to right those wrongs today by recognizing the wrong that was committed against them and committing our present-day resources and abilities to ensuring that nothing similar ever happens again.”

»Getting reconciliation for Black cemeteries«