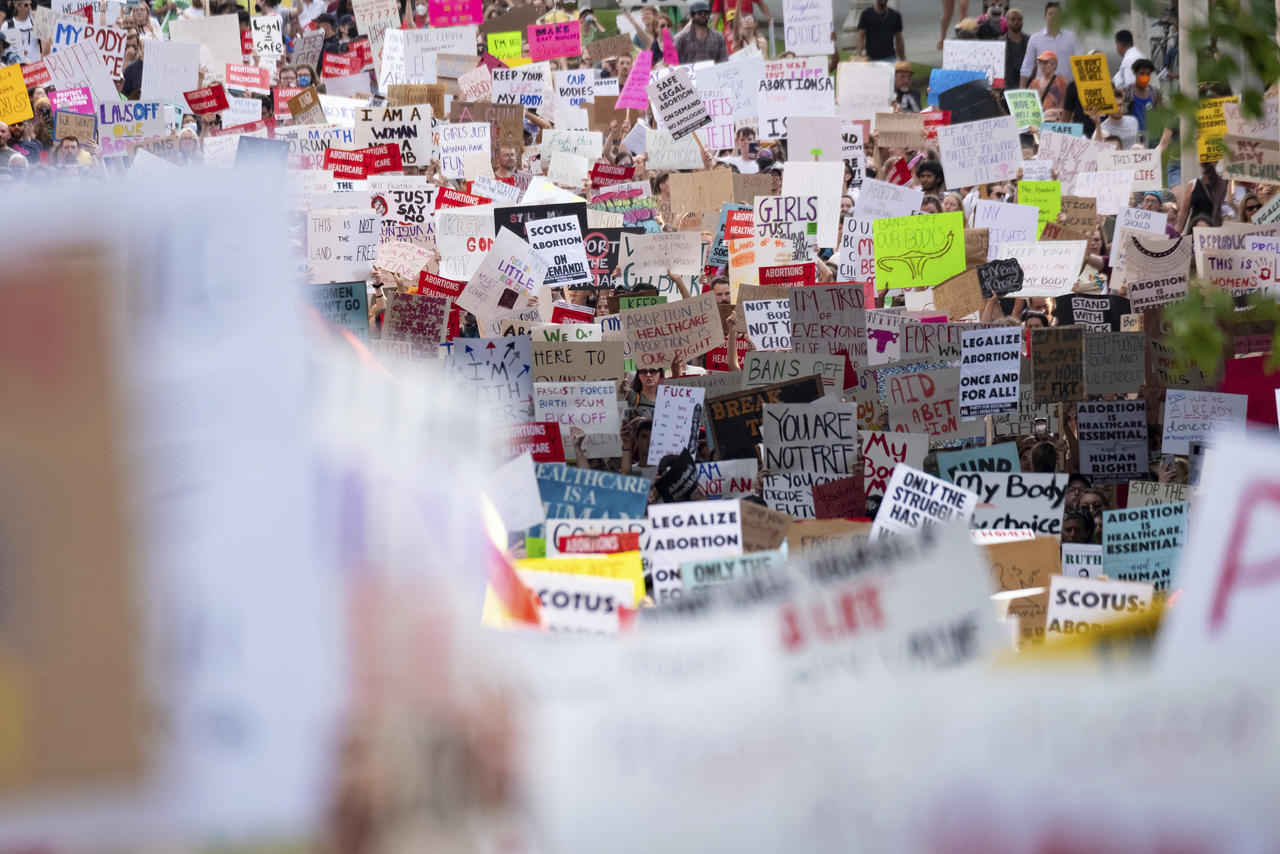 Wednesday saw the immediate implementation of Georgia’s stringent 2019 abortion law after a federal appeals court overturned a lower court decision.
After the U.S. Supreme Court determined last month that there is no constitutional right to an abortion, the ruling was anticipated.
Most abortions are prohibited if there is a “detectable human heartbeat,” according to the law, which had been prevented from taking effect.
Before many pregnancies are discovered, ultrasonography can detect cardiac activity in cells within an embryo that will eventually develop into the heart as early as six weeks into a pregnancy.
If a police report is made, there are exceptions to the Georgia legislation for rape and incest.
Additionally, it permits subsequent abortions in cases where the mother’s life is in danger or a foetus is rendered inviable due to a major medical condition.
Roe v. Wade was overturned in a Mississippi case, and a three-judge panel of the 11th U.S. Circuit Court of Appeals ruled that this allowed the law to go into effect.
The decision in that case, according to Circuit Court Chief Judge William Pryor, “makes plain no right to abortion exists under the Constitution, hence Georgia may outlaw them.”
Additionally, the appeals court dismissed claims that a statute clause that modifies the definition of “natural person” is unconstitutionally ambiguous.
The “personhood” clause grants an unborn child the same legal protections as adults.
Usually, the decision wouldn’t go into effect for several weeks.
However, the court on Wednesday granted a second decision allowing the bill to go into force right away.
Before the verdict, there were 10 facilities in Georgia that performed surgical abortions, according to the National Abortion Federation.
Following the Supreme Court’s decision, at least one clinic in Savannah had already shut its doors.
The American Civil Liberties Union of Georgia’s executive director, Andrea Young, said the group “will continue to fight for abortion rights for the women of Georgia with all of the tools at our disposal.”
The organisation filed a lawsuit to challenge the law on behalf of Georgia abortion providers and an advocacy group.
According to CBS Atlanta affiliate WGCL-TV, numerous district attorneys in the Atlanta region have informed them that they won’t prosecute women and medical professionals involved in abortion procedures.
Similar commitments have been made by the district attorneys in the counties of DeKalb, Fulton, Gwinnett, Douglas, Clarke, and Oconee.
With those six counties, there would be an exception for over one-third of Georgia’s population.
The decision is expected to exacerbate partisan divides in Georgia’s high-profile November races for governor and senator.
The LIFE Act, also known as the Living Infants Fairness and Equality Act, was signed in 2019 by Republican Governor Brian Kemp.
Although he once took an absolutist stance that wouldn’t have made an exception for rape or incest, he has refrained from expressing if he supports additional limits.
Kemp has highlighted what his staffers refer to as a broader “life” agenda as he prepares for the general election in November against Democrat Stacey Abrams, mentioning his support for extending the Medicaid health insurance programme to cover low-income women for a full year after birth.
Kemp staffers also doubt the likelihood of enacting a law with greater restrictions, pointing out that the existing legislation was approved by a solitary vote.
“Our family has committed to serve Georgia in a way that appreciates and honours every single human being,” Kemp said on Wednesday.
“Today’s 11th Circuit decision reinforces our resolve to defend life at all stages.
Asserting that “women are now second-class citizens,” Abrams vowed, if elected, to work to overturn the law.
That might be challenging given a legislature that even she admits is likely to remain under Republican hands.
In order to put women in risk, take away our freedom of choice, and prevent us from deciding what is best for our bodies, Kemp succeeded today, according to Abrams.
He is proud of denying women the freedom to make their own medical decisions in a state where pregnancy is all too frequently fatal.
Democratic Senator Raphael Warnock and Republican opponent Herschel Walker have had contrasting positions on abortion throughout the Senate race.
Walker stated during a campaign stop on Wednesday that the lack of a federal ban is “a issue” and that “there’s no exception in my mind” that should allow women to terminate pregnancies brought on by rape, incest, or those that pose a threat to a woman’s life or health.
Walker did not, however, commit to voting in favour of a ban under a Republican-controlled Congress.
Warnock, who identifies as a “The 11th Circuit decision “allows (Georgia) politicians to take away women’s ability to make their own health care decisions,” a pro-choice preacher claimed on Twitter.
I will never stop working to protect women’s rights to choose and receive their own medical care.”
Pryor referred to those who contested the law as “abortionists” throughout the 16-page judgement.
In a 2018 judgement in an Alabama abortion case, his predecessor as chief judge of the 11th Circuit, now-Senior Judge Ed Carnes, emphasised that some people found the word derogatory.
He also mentioned that some individuals think it is unacceptable to refer to those who conduct abortions as “doctors” or “physicians.”
He noted that as a result, he “took a middle path and use the term ‘practitioner,’ save where one of the other phrases appears in a quotation.”
Three times in Alito’s majority judgement overturning Roe did the phrase appear.
»Georgia law permits abortion for the following cases rape, incest and when mother’s life is at risk«