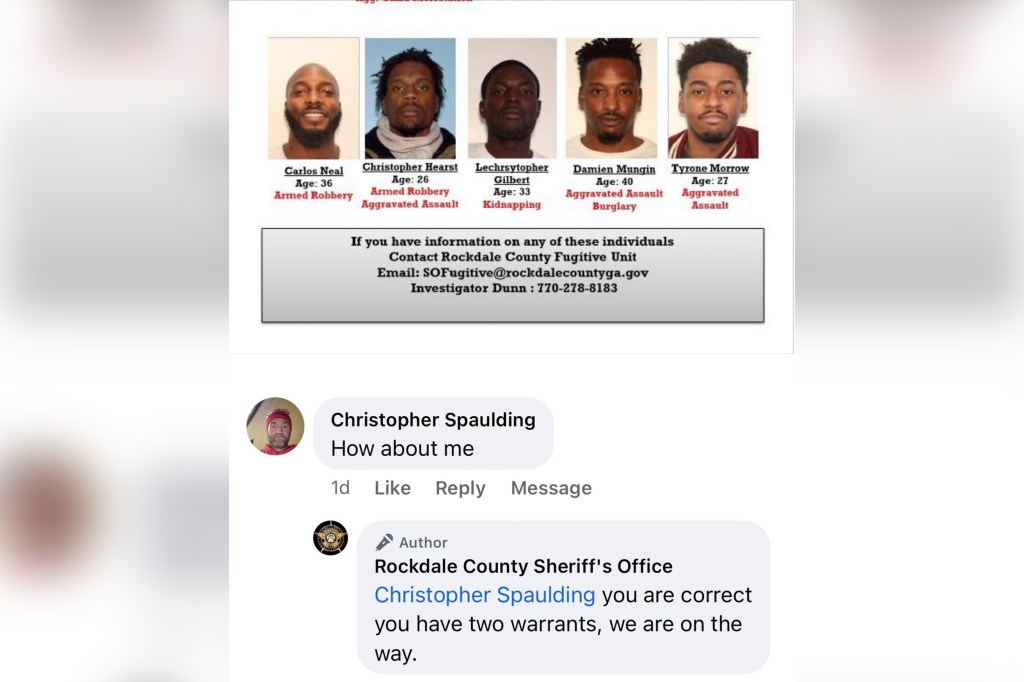 This is not a list that many would volunteer for.

A Georgia man aided law authorities in his arrest after commenting on the Facebook page of the Rockdale County Sheriff’s Office.

Christopher Spaulding looked irritated when the sheriff’s office east of Atlanta announced their “Most Wanted List” for November and omitted him.

Thursday, the agency responded with “you are accurate, you have two warrants; we are on our way.”

The Rockdale police provided an update on the unusual encounter later on Thursday. Wearing a red Georgia Bulldogs sweatshirt and cap, Spaulding was captured and jailed.

According to authorities, the 40-year-old had two warrants for Felony Probation Violation.

The Rockdale County Sheriff’s Office was pleased to include Spaulding on the roster.

“We appreciate your cooperation in capturing you!” the agency wrote in the post.

After Spaulding was apprehended, the Rockdale County Sheriff’s Office cautioned wanted fugitives that not being on the “Most Wanted List” is not a free pass.

“Our Top 10 is determined solely on the gravity of the charges. Even if you are not on our list, our Fugitive Unit may still be searching for you if you have an outstanding warrant.

»Georgia fugitive is apprehended after responding to a’most wanted’ notice.«