Skip to content
Go Home «» News «» World News «» Georgia divorce lawyer was assassinated by ‘estranged husband of one of his female clients.’ 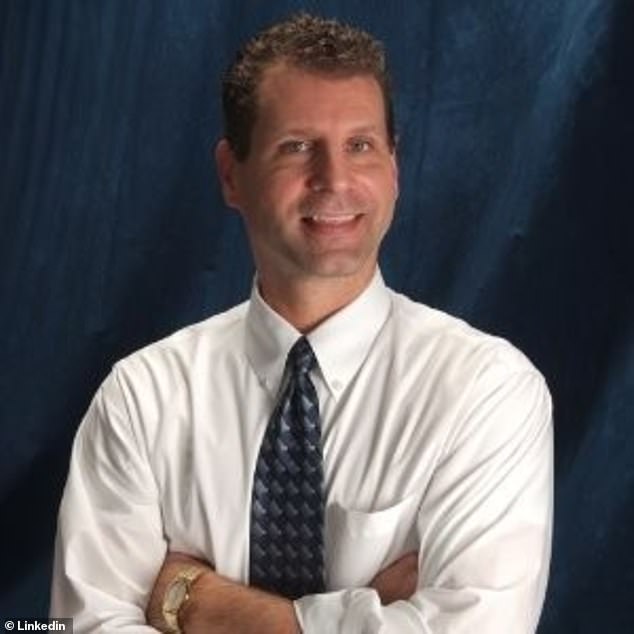 Authorities believe that a Georgia divorce attorney was murdered by the estranged spouse of one of his customers, who then burned the attorney’s office with his body still inside.

According to Lawrenceville police, Doug Lewis was alone in his office on Stone Mountain Street on Wednesday evening when Allen Tayeh entered and fatally shot him.

Tayeh is then said to have poured gasoline all over Lewis’s workplace and caused a fire before being sighted fleeing the site of the crime with burns on his own.

Now, according to investigators, Tayeh owed Lewis more than $28,000 in legal fees, after the reputable attorney won his ex-wife a $170,000 settlement and a judge ordered him to pay for his exes’ attorneys’ fees as well.

65-year-old Tayeh is being jailed without bond at the Gwinnett County Jail on accusations of felony murder and first-degree arson.

Wednesday night, Doug Lewis, a popular divorce attorney in Lawrenceville, Georgia, was shot and killed, and his offices were set on fire.

Authorities believe that Allen Tayeh, the estranged husband of one of his clients, was horrified by the amount of legal expenses he owed Lewis before to shooting him and setting his offices on fire.

Authorities say they were notified of a fire at Lewis’s offices in an old, converted house at approximately 5:00 p.m.

After extinguishing the blaze, firefighters discovered Lewis’s body still inside the wood structure, which had been extensively damaged by the fire.

Lawrenceville police were able to capture Tayeh at the scene when a witness reported seeing a man walking away who seemed to have been burned.

“He did have a firearm on him,” Lt. Jake Parker confirmed to WUSA, “a revolver with empty cylinders.” In addition, there were gas cans and a gasoline odor in the neighborhood.’

He stated of the murder, ‘It’s pretty bold’ It’s somewhat out of the blue.

However, according to court documents obtained by 11 Alive, Tayeh may have been driven to murder Lewis because of the significant payout he got for his ex-wife.

According to the filings, Tayeh’s ex-wife filed for divorce in January 2021 and retained Lewis as her legal counsel. In August, a decision was made to dissolve the marriage.

A local judge ordered Tayeh to give his ex-wife half of his retirement benefits, pay her $138,000 within 90 days for her portion of the value in their Dacula home, and pay her $500 per month in alimony.

In late October, a judge determined that Tayeh must pay his ex-legal wife’s bills from the divorce procedures, totaling $28,483.23, within 30 days.

Tayeh was apprehended at the scene after a witness noticed him walking away with burn marks on his body.

Tayeh is currently being jailed without bond at the Gwinnett County Jail on charges of felony murder and first-degree arson.

11 Alive reported that Lewis asked a judge to hold him in contempt of court on December 1 for failing to pay the aforementioned debts, which he had apparently never paid.

Lewis wrote: “The payment for attorneys’ fees was due to Plaintiff’s counsel no later than November 30, 2022.”

“Defendant failed to pay the court-ordered attorneys’ fees,” he continued, writing: “Defendant is in willful contempt of the court’s order dated October 31, 2022.”

The scheduled hearing to consider the topic on December 14 has been canceled.

Wednesday night, when firefighters arrived at Lewis’s law office, they discovered that it had sustained severe damage.

Lewis is currently regarded as a kind, family-oriented physician who has worked in Gwinnett County for thirty years.

Fellow attorney Phil McCurdy stated, “I’m going to miss him.” He had an excellent sense of humor and a sharp wit.

McCurdy stated that they were sometimes adversaries and sometimes co-counsel in court.

He stated, “Doug was the ideal gentleman.” He has never raised his voice, to my knowledge. I never observed him become angry. I never saw him treat someone disrespectfully.

He said, “I don’t know anyone who didn’t regard him as a colleague, as a professional, and as a person.”

In addition, Kristina Weaver stated that she met Lewis and his family when their children were little.

She remarked, “I used to see him frequently in Dacula Park, and he was such a wonderful guy.” He is extremely well-known in the family court community.

It is simply very sad.

The former law partner of Lewis, Jesse Kent, described him as a devoted family man who valued his wife and children.

‘He seldom went a day without mentioning them or how proud he was of them,’ Kent said, adding, ‘Doug was a delight to be around; he set the bar for all lawyers, including myself.

The instant he left, his absence was felt, and the legal profession will never be the same without him.

»Georgia divorce lawyer was assassinated by ‘estranged husband of one of his female clients.’«