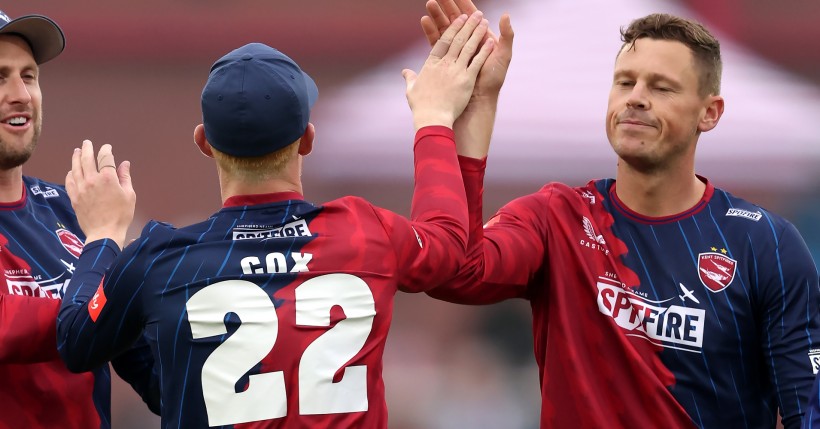 In the 2018 SA20 League, Proteas all-rounder George Linde believes that Jordan Cox will be an asset for the Sunrisers Eastern Cape.

Linde believes that Cox, who has a reputation for acrobatic fielding, will prove to be an exceptional talent.

“Coxy is a tremendous cricketer with a great deal of skill – this is no longer news! Linde told Kent Cricket that it would be great to catch up with him at some point.

“I am very excited to return to Kent for the beginning of the 2019 English season. I’ve gotten back into the rhythm of how I prefer to bowl and bat without fear, which I’ll be the first to admit wasn’t quite there during my first season at Kent.

“I’m looking forward to bringing some form back to Canterbury to make more contributions for Kent, which has become a second home for me, after what will hopefully be a successful SA20 and domestic season with Western Province.

Linde endured an injury setback during his time at Kent, but he intends to make an effort to compete at the highest level in all three formats.

George Linde of South Africa is a Sa20. Muzi Ntombela/Sports Inc photograph
He says, “Since recovering from the injury I sustained during the English Summer, I’ve been pleased with my performances for Western Province.” “It was exciting to reach the final of the one-day game, but I’m also delighted with my performance in T20 and red-ball contests.

“I’m in excellent spirits heading into the SA20 — it’s an exciting new tournament that will increase the popularity of South African domestic cricket.

“I’m ecstatic to be playing in my home stadium for MI Cape Town alongside so many excellent players. It’s great to see so many big names coming to South Africa to play Twenty20 cricket, and I’m sure this will give our younger players the opportunity to compete against some of the world’s finest.”