The Wife of the governor of Anambra State, Dr Ebelechukwu Obiano yesterday joined other Anambra women at the 2021 Mothers’ Summit.

The event which took place at the Professor Dora Akunyili Women Development Center in Awka is an annual event organized by the Anambra State Ministry of Social Welfare, Children and Women Affairs in collaboration with the Caring Family Enhancement Initiative, CAFE, to discuss pertinent issues affecting women and the girl child.

Correspondent, Daniel Ezeigwe was there and reports that the 2021 Mothers’ Summit was unique not only because it would be the last to be held in the era of the present administration in Anambra State, but because it dealt with a topic that keeps re-occurring in every social discourse.

Available statistics by the International Growth Centre reveal that thirty percent of women and girls in Nigeria aged between fifteen and forty-nine are experiencing one form of abuse or the other, and with the health restrictions caused by COVID-19 pandemic, social observers fear that more and more persons would be affected.

Breaking:  Call for public to comment on 2023 school calendar in South Africa

It was as a result of these tensions that the governor’s wife, Dr Obiano insisted that the more emphasis be placed on tackling the issue in the area of awareness creation and grassroots sensitization.

Addressing the women, Dr Obiano said that CAFE, stands at the forefront of the campaign against any form of violence against women, with the training and empowerment of indigent women and youths by the organization helping to boost self-reliance among vulnerable women.

The Governor’s wife also urged mothers to always observe the behaviors of their children, and ensure that they  are always occupied with fruitful ventures, insisting that the duty lies on everyone to rid the society of anti- social activities.

In his speech, the APGA standard bearer for the November sixth governorship election in Anambra, Professor Chukwuma Soludo, suggested the need for an enabling legislation against gender-based violence and legal  framework against household violence against minors.

In her address, the Anambra State Commissioner for Social Welfare, Children and Women Affairs, Mrs Ndidi Mezue said that the fight against gender-based violence requires an approach that is both liberating and self-sustaining, stressing that socio-economic emancipation remains the shortest route to ending the ugly trend.

The keynote speaker, , Professor Chike Okoye, of  the Nnamdi Azikiwe University, Awka stressed the need for proper awareness, sex education and strengthening of economic status of low-income families as some solutions to gender-based violence.

Members of the state executive council, legislature, transition committee chairmen and women from the twenty-one local government areas of Anambra State, were also in attendance.

The topic for this year’s occasion is “Fighting Gender-based Violence in a COVID-19 World”. 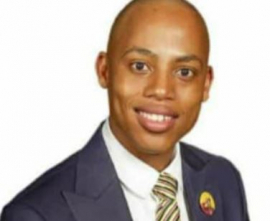