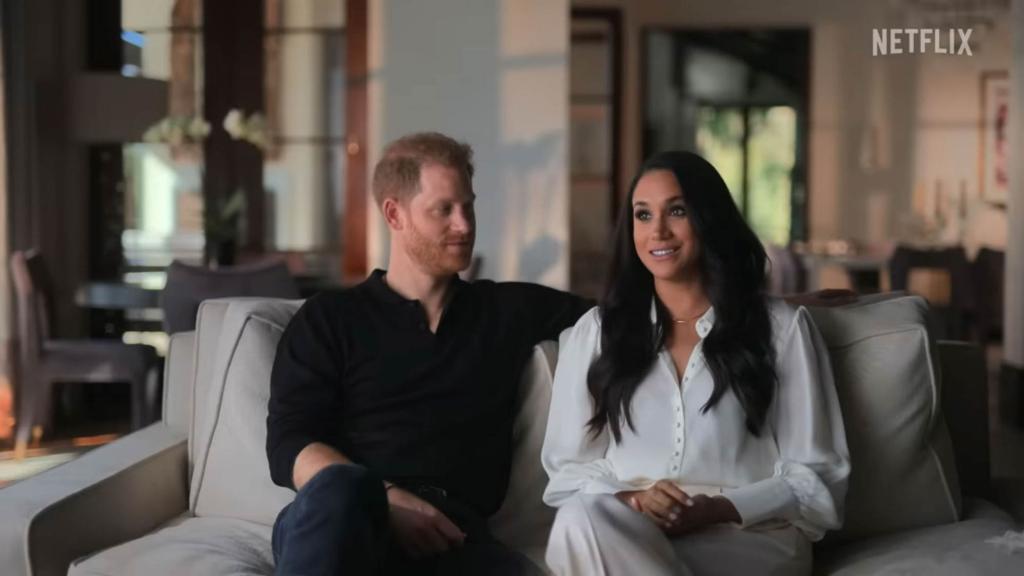 Gayle King defended the new docuseries “Harry & Meghan” by Prince Harry and Meghan Markle, stating that it was not a “reality show.”

During the Thursday episode of “Watch What Happens Live,” Andy Cohen made a joke about Markle’s previous statement that she would never participate in a reality show, forcing the “CBS Mornings” host to immediately amend his statement.

The “CBS Mornings” host expressed her eagerness to watch “Harry and Meghan.”

The award-winning journalist stated that she “can’t wait” to see the new Netflix documentary series, which debuted on Thursday.

King, who is acquainted with Markle, 41, and Harry, 38, through her closest friend Oprah Winfrey, is aware of the challenges they have faced as royals.

Thursday marked the debut of the highly anticipated documentary series “Harry & Meghan” by the Duke and Duchess of Sussex.

Thursday marked the debut of the highly anticipated documentary series “Harry & Meghan” by the Duke and Duchess of Sussex.

A few weeks after the September 8 passing of Queen Elizabeth II at the age of 96, King expressed optimism that the Duke and Duchess of Sussex would reconcile with the rest of the royal family.

“There have been efforts on both sides to set this right,” she told “Extra” on September 19 following the funeral of Her Majesty.

In the new Netflix series, the pair provided a glimpse of their private lives.

The author of “Note to Self: Inspiring Words from Inspiring People” acknowledged that although it is typical for “large families” to always “go through turmoil,” it “remains to be seen” if the royal rift would ever be resolved.