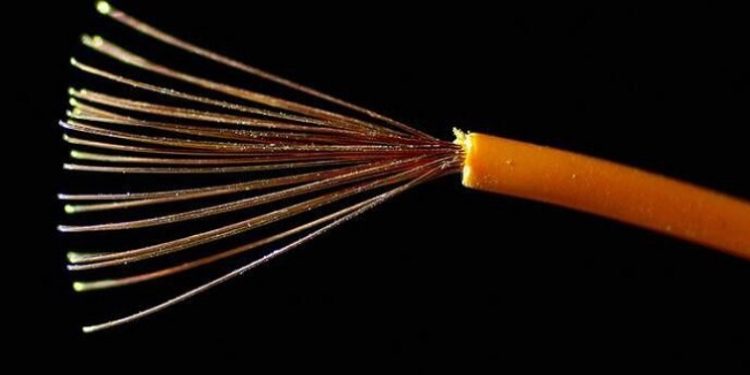 Gauteng is the marketplace for stolen copper cables. They are brought in from other provinces and neighbouring countries, get melted at a refinery before being shipped overseas. That is according to the Gauteng Head of the Hawks Major-General Ebrahim Kadwa.

He was speaking at the second and last day of Johannesburg’s first Energy Indaba in Sandton.

He says Gauteng is the central hub for the lucrative trade in stolen copper cables and that some of the big businesses are able to evade prosecution by paying large amounts of money to authorities.

“The Hawks is sitting with numerous cases at the very high level where we are dealing with, really the top notch of the second-hand Goods Recycling Industry and paying these big fines of R7-million to R10-million to SARS or to the courts is done at a blink of an eye. This comes as cost of doing business. The profit for these criminal enterprises is so vast, that paying this is of no consequence.”
Demand for copper

He says the insatiable demand for copper and the good prices it fetches are fuelling the vandalism and sabotage of the electricity network.  The vandalism of electricity infrastructure, including theft of copper cables, has been blamed for plunging many of South Africa’s major cities into darkness. Perpetrators are said to be part of a syndicate that is heavily armed.

“”Most of the copper is sent into international markets. The International Trade and Administration Commission has strictly controlled the issuing of export permits. But what the bad guy is doing is working with complicit shipping companies and they are able to manipulate the customs declaration code and would give it as scrap metal instead of copper products.”

Kadwa says security guards and employees of Eskom and City Power are also responsible for aiding these criminal syndicates to carry out the vandalism of the electricity network. He says they have also found that State Owned Enterprises are unable to positively identify their stolen infrastructure, and this poses a challenge for law enforcement to prosecute perpetrators.

“This is one of the things I am sure others thought would have to go in terms of re-looking at how we can improve the product identification.”

But Johannesburg’s power utility City Power says it is already working on this.

“We are also looking at the Micro dot, in terms of spraying that into our network as well as the RFID, which will be able to track our devices once they have been uprooted and taken somewhere. That would form part of our research and development agenda,” says General Manager for Security at City Power, Sergeant Thela.

Earlier this month, the Essential Infrastructure Task Team was formed which will investigate among others the tampering and damaging of infrastructure related to energy, water and sanitation, and transport.  It will comprise the Hawks, SAPS and Joburg Metro Police among others.

“They wont do anything else except dealing with cable theft. There will be lot of training, of course the reasonable use of force. But if it comes to a push we will use force too, because you can see they are prepared to kill. We will protect our infrastructure whatever it takes.”