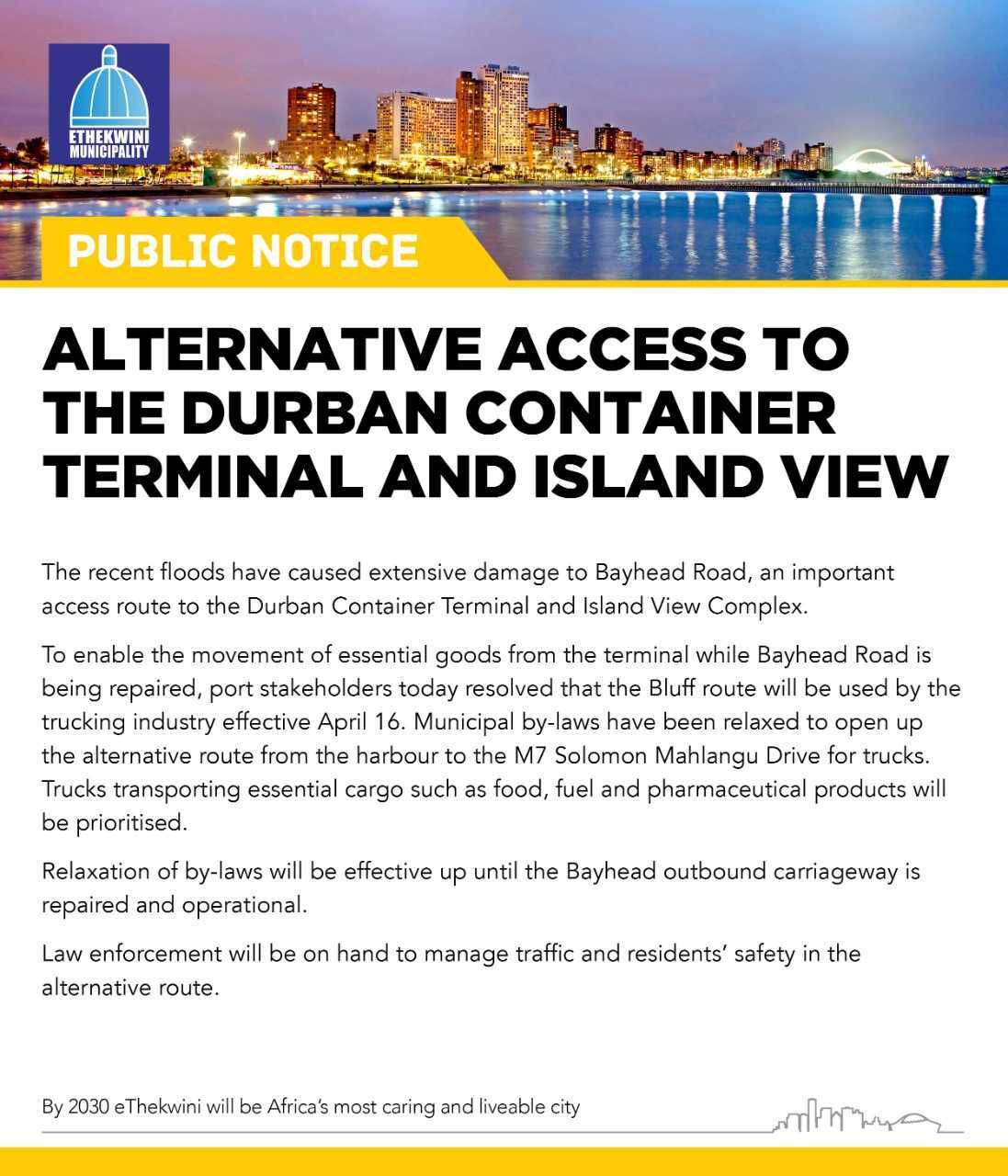 The eThekwini Municipality released a statement regarding access to the alternative container terminal. The Bluff route will be used by the trucking industry from Saturday, 16 April.

Municipal by-laws have been relaxed in order to open up the alternative route. The relaxation of the by-laws will be effective until the Bayhead outbound carriageway is repaired.

Read the full statement below:

“The recent floods have caused extensive damage to Bayhead Road, an important access route to the Durban Container Terminal and Island View Complex. To enable the movement of essential goods from the terminal while Bayhead Road is being repaired, port stakeholders today resolved that the Bluff route will be used by the trucking industry effective April 16.

“Municipal by-laws have been relaxed to open up the alternative route from the harbour to the M7 Solomon Mahlangu Drive for trucks. Trucks transporting essential cargo such as food, fuel and pharmaceutical products will be prioritised.

“Relaxation of by-laws will be effective up until the Bayhead outbound carriageway is repaired and operational. Law enforcement will be on hand to manage traffic and residents’ safety in the alternative route.”

No petrol in KZN as major oil companies suspend all operations

Operations Director of PTA Group Kay Chetty revealed that all major oil companies have suspended operations. Due to the torrential rains and heavy flooding in KwaZulu-Natal, operations had to be stopped. Many petrol stations in the province have run dry.

The extensive damage to infrastructure like roads, water and electricity has not allowed operations to continue. The statement released revealed that Bayhead Road, the main access to all fuel depots, has been closed.

A large section of Bayhead Road has been washed away. Tankers are unable to collect and deliver fuel, leaving numerous petrol stations without fuel. Due to the road closure, deliveries had to be suspended.