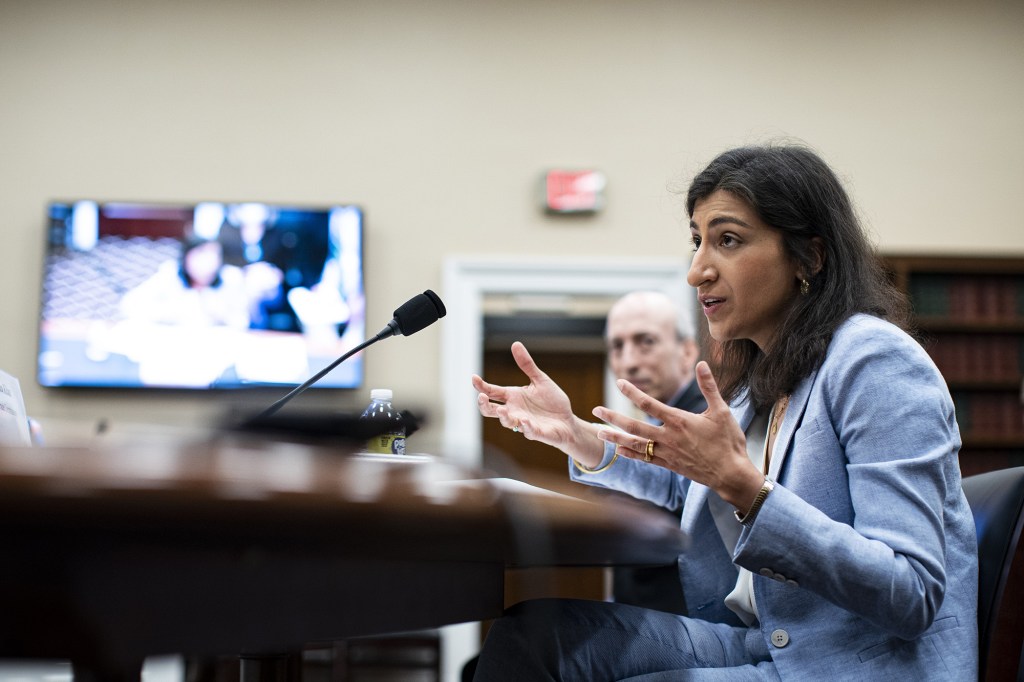 The Federal Trade Commission has filed a lawsuit to halt Microsoft’s $69 billion acquisition of Activision Blizzard, arguing that the mega-deal would impede competition in the lucrative video game sector, according to sources quoted by The Post.

The crackdown under FTC Chair Lina Khan — a 33-year-old legal genius who has vowed to crack down on Big Tech — is occurring despite Microsoft chief Brad Smith’s last-ditch effort on Wednesday to gain favor with the panel’s Democratic commissioners, as revealed by The Post earlier this week.

Smith had argued that Microsoft’s deal, which would marry the computer giant’s Xbox systems with Activision’s library of blockbuster titles such as “Call of Duty” and “World of Warcraft,” would still place the company in third place in the video game industry, behind Sony and Nintendo.

This week, Smith openly proposed to Sony a 10-year license agreement that would permit the PlayStation to sell “Call of Duty” and obtain new games at the same time as Xbox subscribers. In addition, he revealed a 10-year deal with Nintendo to distribute the titles on its consoles and its current-generation hardware Switch.

Thursday at an FTC meeting, Khan received the necessary three votes to file a lawsuit.

Sony fired back on Thursday, calling Microsoft’s suggested concession for a 10-year license arrangement for “Call of Duty” on Sony Playstations “misleading” and expressing doubt that “Call of Duty” would function on Nintendo’s Switch device.

At an FTC meeting on Thursday, Khan received the necessary three votes to initiate a lawsuit, despite the fact that Democratic Commissioner Rebecca Slaughter had previously been amenable to Microsoft’s settlement offer, according to sources. In the end, Slaughter voted to suit alongside Khan and the other Democratic commissioner, Alvaro Bedoya. Christine Wilson, the lone Republican commissioner, has stated her support for the merger.

According to a source, Slaughter posed questions to Microsoft’s Smith on Wednesday and was engaged during their discussion. However, Smith ultimately failed to persuade her to oppose the agency’s head.

As a major Democratic party donor, there was also some hope that Microsoft could use its political influence to convince at least one of the three Democratic commissioners to accept the merger.

President of Microsoft Smith contended that Microsoft’s deal would still place the company in third place in the video gaming industry, behind Sony and Nintendo.
Bloomberg via Getty Images

Khan and the commissioners, who have proven reluctance to accept mergers with behavioral remedies, those that require responsible behavior post-merger, deemed this insufficient.

Khan has also been a strong tech enforcer, and he is currently in court battling Facebook owner Meta to prevent its $400 million acquisition of Within, a virtual-reality startup that Mark Zuckerberg intends to use to further the metaverse.

Now, the FTC will take the matter to court, assuming Microsoft would likely appeal the verdict. Some legal professionals believe Microsoft has a strong case. Microsoft must now not only win this case, but also obtain agreement approval from the European Union and British Competition and Markets Authority, which are now more likely to follow the FTC’s lead.

Microsoft would owe Activision a $3 billion cancellation fee if it is unable to close the deal.