Corps Commander Irerewuyi, who disclosed this at the FRSC Command Headquarters in Awka, said his office is concerned about recent road accidents, noting that all measures are being taken to checkmate repeat of such ugly incidents.

Correspondent, Daniel Ezeigwe reports that while discussing some of the causes of road accidents involving heavy duty vehicles in the State, the FRSC boss said during his recent meeting with Petroleum Tanker Drivers’ Union at Onitsha, members of the union blamed ageing vehicles, brake failure and congested highways, adding that regular maintenance of these vehicles was also discussed as one of the solutions to the problem.

On the unusual delays in hauling heavy duty vehicles that break down off the roads, he said while vehicle owners are largely culpable, logistics challenges also come in. 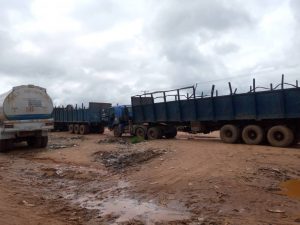