Skip to content
Go Home «» News «» Breaking News «» From blizzards to tornadoes, the United States prepares for a week of extreme weather 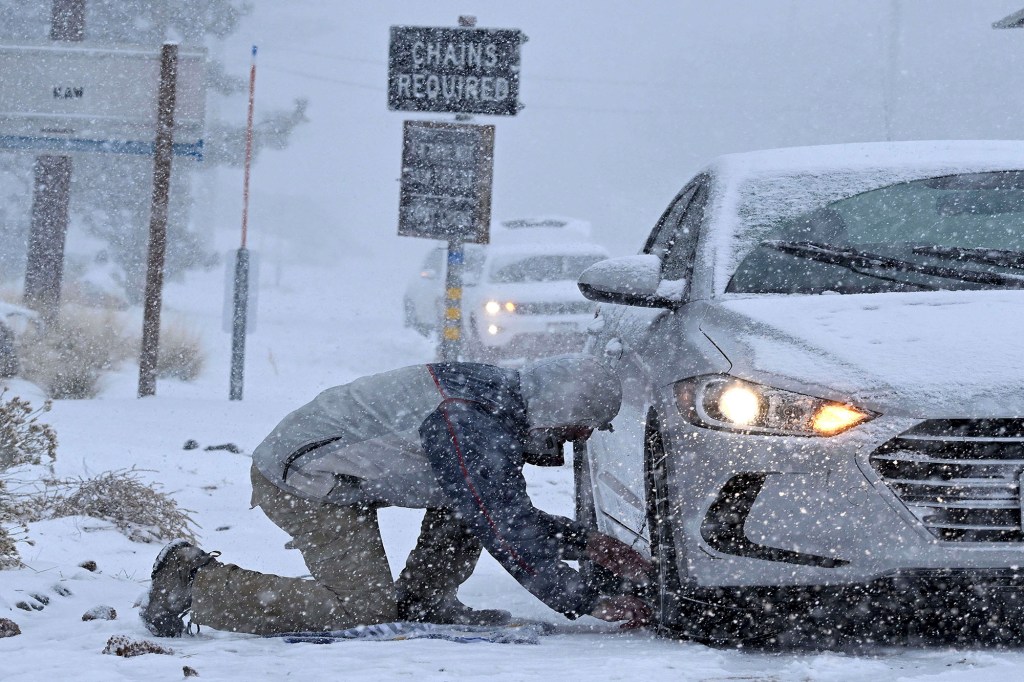 The majority of the central United States, from the Rocky Mountains to the Midwest, was prepared for blizzard-like conditions on Tuesday, while southern states were warned of the possibility of flash flooding and tornadoes.

Some parts of western South Dakota and northwestern Nebraska could receive up to 2 feet of snow, according to the National Weather Service. Blizzard warnings extended from western Montana to western Nebraska and Colorado. Meanwhile, the eastern Great Plains anticipated ice and precipitation.

In regions of Iowa, Minnesota, and South Dakota, the National Weather Service cautioned that up to a half-inch of ice might form and winds could blow up to 45 miles per hour. The region was threatened by power outages, tree damage, falling branches, and hazardous traffic conditions.

“This is a ‘we are not joking’ type of storm,” the South Dakota Department of Public Safety tweeted on Monday, warning residents to stock up on necessities and remain indoors until the storm arrives.

The weather is a component of the same storm that dumped significant snow on the Sierra Nevada over the weekend and then moved eastward.

The South Dakota Department of Transportation predicted that sections of Interstates 90 and 29 will be closed by mid-morning on Tuesday due to “freezing rain, heavy snow totals, reduced visibility, drifting snow, and high winds.” It is stated that secondary roads will likely become “impassable.”

Tuesday could bring severe rains, flash flooding, hail, and tornadoes to southern Texas and Louisiana, according to the National Weather Service. Later in the week, the storm was expected to continue southeast into Florida.

Marc Chenard, a meteorologist at the National Weather Service headquarters in College Park, Maryland, stated, “It will be a busy week while this system progresses across the country.”

The weather is a component of the same storm that dumped significant snow on the Sierra Nevada over the weekend and then moved eastward.

Monday morning, a tour bus crashed in northern Utah as snow and subzero temperatures covered the region. The bus crashed onto its side in Tremonton when the driver lost control while changing lanes, according to a statement from the state’s Highway Patrol. The Highway Patrol said that 23 passengers were injured, some severely.

This week, thousands of high school athletes from Native American communities in Wyoming, Nebraska, and the Dakotas traveled to Rapid City, South Dakota for the Lakota Nation Invitational. One of the organizers, Brian Brewer, stated that he had asked schools and participants to travel early.

“We warned them that if they leave tomorrow, there’s a good probability they won’t make it,” he said on Monday.

The majority of mountain roadways in Northern California reopened on Monday. The remaining warnings in the mountains of Southern California were scheduled to expire late Monday night, according to the National Weather Service.

With winter still more than a week away, it was the most recent autumn storm to provide considerable precipitation to California, where years of drought have prompted demands for water conservation.

The melting of the Sierra snowpack, which typically reaches its peak on April 1st, is a substantial source of water. As a result of climate change, experts have cautioned against optimism over early season storms throughout the duration of the drought.

In October of the previous year, a major atmospheric river dropped massive amounts of rain on California, and a wet period in December blanketed portions of the Sierra Nevada in snow. The state then saw the driest January through April in recorded history.

»From blizzards to tornadoes, the United States prepares for a week of extreme weather«