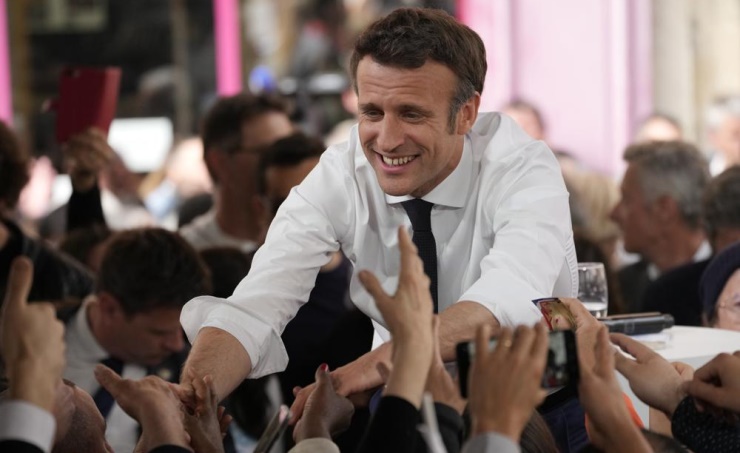 President Emmanuel Macron is in the pole position to win reelection on Sunday in France’s presidential runoff, yet his lead over far-right rival Marine Le Pen depends on one major uncertainty: voters who decide to stay home.

A victory in Sunday’s runoff vote would make Macron the first French president in 20 years to win a second term, The Associated Press (AP) reported.

All opinion polls in recent days converge toward a victory for the 44-year-old pro-European centrist — yet the margin over his nationalist rival appears uncertain, varying from 6 to 15 percentage points, depending on the poll.

Polls also forecast a possibly record-high number of people who either vote blank or stay at home and don’t vote at all in this second and final round.

The April 10 first-round vote eliminated 10 other presidential candidates. Who becomes France’s next leader will largely depend on what people who backed those losing candidates do on Sunday.

The question is a hard one, especially for leftist voters who dislike Macron but don’t want to see Le Pen in power either. A second term for Macron relies in part on their mobilization, prompting the French leader to issue multiple appeals to leftist voters in recent days.