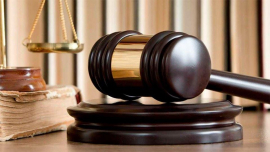 Two Older Persons Grant receivers are charged with perjury, fraud, theft, and violation of the Social Assistance Act for allegedly accepting grants falsely when they did not qualify.
Sarathamoney Sigamoney (66) and Salamina Khoza (68) appeared in court on Wednesday, accused of defrauding the South African Social Security Agency (SASSA) of a total of R275 000.
According to Sindisiwe Seboka, a spokesperson for the National Prosecuting Authority Investigating Directorate (NPA ID), the two did not qualify because they had received at least R140 million in SA Police Service tenders.
“
On April 13, 2017, Sigamoney submitted an application to SASSA, alleging that she had never worked for 20 years. The application was reportedly approved, and she received money from SASSA.
“Although she is listed as the director of KJP Traders Pty and her son, Matthew Pillay, KJP is alleged to have conducted business with the State as early as 2012, prior to her application to SASSA. In addition, the company is estimated to have earned over R80 million from the… contract, according to Seboka.
In the case brought against Khoza, it is alleged that the elderly woman applied for the grant in September 2014, and it was approved at least a week later on the grounds that she was barely scraping by by selling perishable goods.
“At the time… she was the sole director of three companies registered with the National Treasury’s central supplier database (CSD). The South African Police Service (SAPS) has paid a variety of sums to three companies that had submitted bids for police services. She is accused of receiving R152,125 from SASSA between September 1, 2014 and August 31, 2022, while receiving over R60 million from her three companies.
“Khoza lacked the authority to conduct business on the accounts owned by her firms. Mr. Kishene Chetty was the only person who could sign the accounts. Khoza acted as a front for Kishene Chetty, who was the true owner of the three companies, according to Seboka.
Sigamoney was granted R5,000 bail and is due back in court on February 10, while Khoza’s pre-trial hearing is scheduled for March 23.