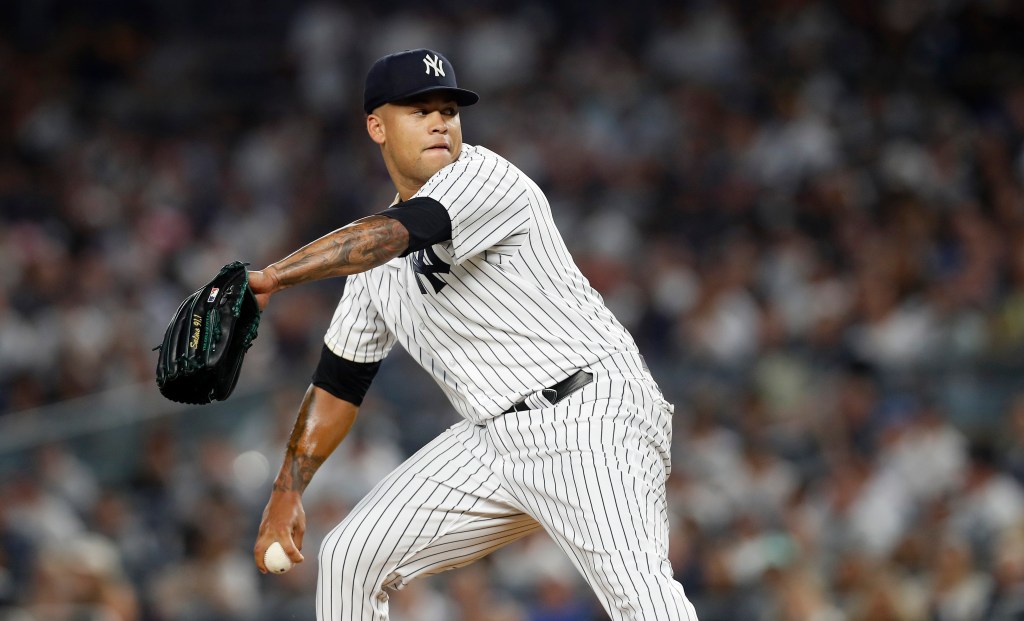 Frankie Montas will begin his first full season with the Yankees suffering with shoulder soreness, similar to how he ended last season.

According to insiders, the right-handed pitcher is 8-10 weeks behind in his offseason preparation and is anticipated to miss the first month of the regular season.

Friday, Montas and the Yankees avoided arbitration by agreeing to a $7.5 million contract, a figure that would have certainly been greater if shoulder concerns had not been there.

Last season, the 29-year-old lost two weeks with the Athletics after being forced to skip his July 3 start. The next day, on September 20, he was placed on the 15-day disabled list with the Yankees after eight mainly poor appearances, including his final start in Milwaukee, where an MRI revealed shoulder irritation.

After missing out on Luis Castillo, who went from the Reds to the Mariners and has subsequently signed a hefty agreement to remain in Seattle, the Yankees acquired Montas as their top pitcher at last year’s trade deadline.

Trivino threw efficiently out of the bullpen for the Yankees last season and avoided arbitration by agreeing to a $4.1 million deal earlier this offseason.

In The Bronx, Montas battled from the beginning.

In his eight starts with the Yankees, Montas compiled a 6.35 ERA in 39 2/3 innings. He returned to pitch out of the bullpen in the ALCS, where he pitched just once, surrendering a home run in Game 1 and not pitching again.

The Yankees hope that Montas will be an integral part of a strong rotation that has added Carlos Rodon this offseason to join Gerrit Cole, Nestor Cortes, and Luis Severino, with Domingo German and Clarke Schmidt providing depth — which the Yankees may need sooner than they had hoped if Montas is out for an extended period of time.

Montas will be a free agent following this season.