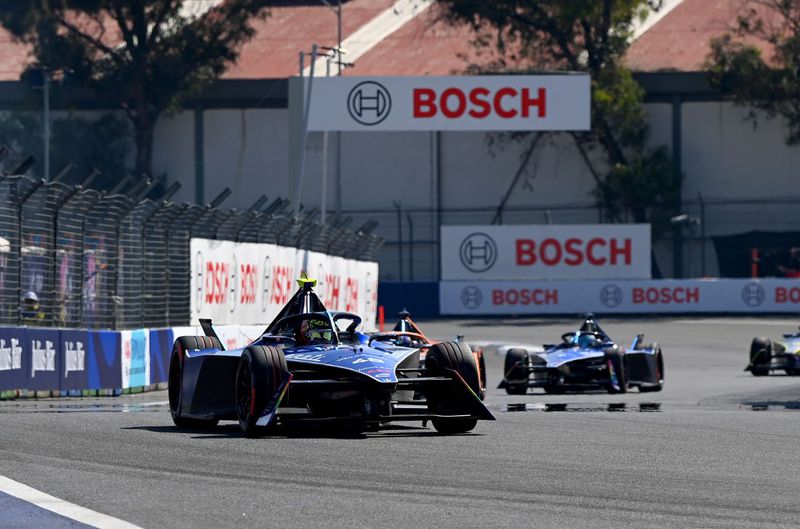 At the Mexico City E-Prix, Maserati MSG Racing ushered in a new era for Formula E, almost missing out on the top 10 at the Autódromo Hermanos Rodrguez.

Due to a difficult qualifying session in which both drivers failed to qualify for the Duel stages, the duo began the race in 16th and 17th place, respectively.

Edo climbed to 15th by passing McLaren’s Rene Rast on the opening lap, but the race was immediately halted when a crash involving Robin Frijns brought out the Safety Car.

Five laps later, Jaguar’s Sam Bird stopped on the track due to a technical malfunction, causing the race to be paused once more. The field resumed green flag running on the ninth circuit.

Edo was forced to retire on lap 18 due to a collision and spin caused by understeer, leaving Max as the team’s sole competitor for the remainder of the race.

With a late activation of Attack Mode, the German driver made sufficient progress to compete for points in the closing circuits and passed DS Penske’s Jean-Eric Vergne to finish 11th.

On January 27 and 28, the ninth season of Formula E will resume with a doubleheader on the Riyadh Street Circuit in the UNESCO World Heritage Site of Diriyah.

“It was a challenging day, but in motorsport, you learn the most from your bad days, not your good days. Max fought his way from 17th to 11th place in the race and finished just outside the points after a bad qualifying performance put us in a disadvantageous position. Edo’s misfortune at the first turn of the race was regrettable, as he was racing at a very rapid speed. Unfortunately, his speed was excellent. To be in a better position for the next race in Diriyah, we have a lot to learn and a lot of data to analyze from this weekend.

“This weekend wasn’t our greatest. After the pace we had in Valencia, it was tough for me to get a decent rhythm in the car, particularly over a single lap. I was able to get back into the race, and prior to the accident, I believe we were in a terrific position, especially in terms of pace and energy. I struggled to get a suitable tire balance, and a moment of oversteer caused me to lose control at the first turn. Overall, there were few positives, but we will meticulously review our data, determine what transpired, and return for Diriyah.”

This weekend has been difficult for our squad. Due to the high altitude, it was difficult to get the tyres into the optimal position, which hindered our qualifying speed. Our racing pace was significantly faster, and our efficiency and plan proved to be competitive despite our slow start. I was able to advance numerous positions, but regrettably we did not make the top 10. This weekend has provided us with a wealth of information; we must now analyze our performance, concentrate on our progress, and return to Riyadh stronger.”

“Maserati has returned to racing, and despite the disappointing outcome, the Mexico City E-Prix was exhilarating and memorable for all of us. The sport of motorsport is unpredictable. First and foremost, we’re pleased Edo is okay, and what a race Max had, fighting from 17th to just outside the points in 11th. This first race has been a tremendous learning experience, and we are now focused on Saudi Arabia with dedication.”

Position in the Championship / P8 [0 points]