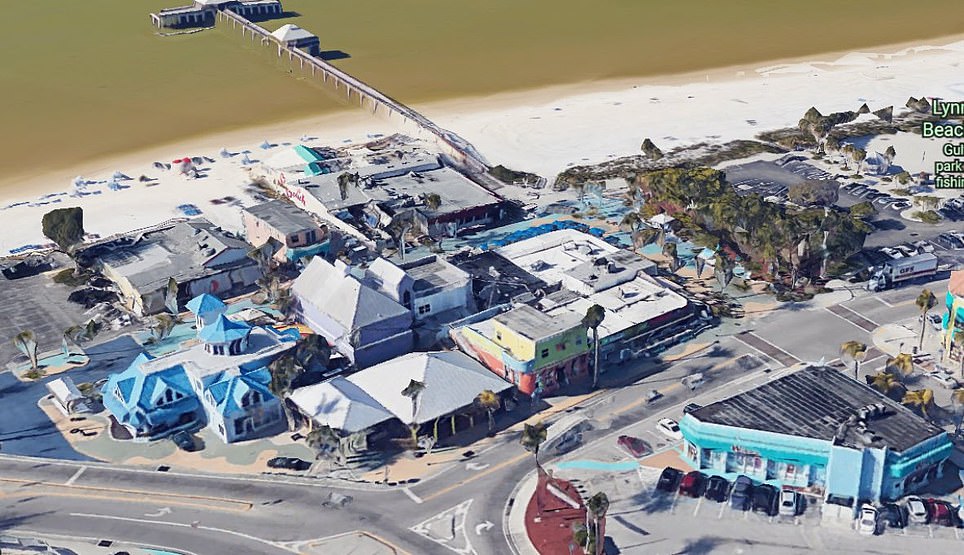 As Floridians continue to assess the magnitude of the devastation caused by one of the most powerful hurricanes in US history, Hurricane Ian, Fort Myers has implemented a 6pm citywide curfew in response to several complaints of looters targeting local businesses destroyed in the storm’s aftermath.

Governor Ron DeSantis revealed during a 7:30 p.m. press update on Thursday that the effects of Ian, which made landfall in the beachside city as a Category 4 hurricane early Wednesday, have forced officials to scramble to address extensive infrastructure damage and likely fatalities, carrying out 700 confirmed rescues.

Lee County authorities have stated that the mayhem has subsequently escalated to looting, which has caused the implementation of a county-wide curfew that will affect more than 413,000 residents.

The reported instances flagrantly disregarded warnings from law enforcement officials throughout the county that “looting and violence” in the wake of the floods would “not be allowed.” on Thursday.

Lee County Manager Roger Dejarlais issued the curfew for all towns in his authority, including Fort Myers, where the brunt of the storm was felt before it proceeded northeast to areas like Orlando and Jacksonville. He was speaking to media on Wednesday evening.

The official warned potential violators that there is “zero tolerance for looting and violence,” and that this policy would be in effect “until further notice.”

The amount of the damage Ian inflicted in Fort Myers, the county seat, is shown in startling before and after pictures, which leaves room for other vandals to benefit from the discontent.

DesJarlais said at a late-night briefing on Wednesday at the Lee County Emergency Operations Center while the storm was still raging, “Our town has been, in some senses, ravaged.”

He said, “The ‘historic’ storm also slammed the city’s Sanibel Island, with homes engulfed in water, debris tossed through windows, and some were torn from their hinges by floods.”

The official said that Sanibel and Fort Myers Beach have suffered extensive damage.

The county executive also said that while search efforts are ongoing for hundreds who have been reported missing and are presumed dead, authorities do not yet know “the entire scope of the devastation” to the county.

After disclosing that looting and other crimes had already started in the county during Ian’s pandemonium, the official then announced the nightly curfew for citizens.

There was a break-in on Cleveland Avenue earlier today when law enforcement was unable to react due to weather, DesJarlais said of one such alleged incident close to the city’s core and the then overflowing Caloosahatchee River.

In a news conference, Lee County Manager Roger DesJarlais said that earlier today when law enforcement was unable to react due to weather, it was hazardous, there had been a break-in on Cleveland Avenue, and there had been looting.

“There was looting and there was a bunch of individuals who basically had their way,” the speaker said.

The officer stated that the city had asked for the curfew after police thought the targeted establishment was a petrol station. DesJarlais complied and issued the order that evening after consulting with county and local authorities about implementing the curfew after contacting with Lee County Sheriff Carmine Marceno.

DesJarlais said that the curfew will be in effect “until further notice,” although he also made mention of a probable 48-hour time restriction.

He stated the curfew now only applies to the cities and unincorporated areas of Lee County; Estero’s authorities could not be contacted. According to reports, the community, which is close to Fort Myers, also saw hurricane-force winds and floods.

DesJarlais was also questioned about fatalities that have been verified in his county, and he responded that there have been five so far.

Eight more fatalities have been confirmed in the adjacent counties of Charlotte, Volusia, and Lake; this figure is sure to rise in the following days as authorities sort through the devastation.

The now Category 1 hurricane pummeled most of the southwest and center of the state before developing over the Atlantic on Thursday afternoon. Lee County, which contains communities like Fort Myers and Cape Coral, had severe effects.

It is now expected to hit South Carolina early on Friday morning, along with adjacent Georgia and North Carolina, where it will make its third landfall overall and second in the US.

Lee County Sheriff Carmine Marceno cautioned locals about possible looting and other forms of violence at a separate news conference on Wednesday as the community worked to rebuild after the extensive damage.

For anybody who thinks they’re going to go out and plunder or prey on people during this awful tragedy, Marceno said, “a message that’s extremely obvious.” “You had best consider it through.” When I say “zero tolerance,” I mean that we will look for you, find you, and if we’re fortunate, throw you in prison.

In the meanwhile, Lee County public safety director Ben Abes stated that the county is receiving and monitoring 9-1-1 calls from citizens, including some who are stuck by high water and storm surge.

Ben Abes, the public safety director for Lee County, stated, “Please know that we are with you.” All of us belong to the same community. Our family members are present. Our houses are here, we are here, and we will all work together to get through this.

The little Florida community was destroyed, with houses being flattened, ships being washed ashore, and flames raging across areas that had been abandoned.

The previously idyllic tropical setting had been completely destroyed, with restaurants along the promenade losing their roofs and trees being uprooted from their roots, as the water finally looked to have receded from the beach.

In the meanwhile, photographs from a helicopter showed buildings all around the city covered in holes where the storm’s debris was tossed.

It happens at the same time that Ron DeSantis said that 2.7 million people in his state are without power due to the tsunami-like floods, calling it a “once in a 500-year” occurrence.

In order to rescue the thousands of people still missing, stranded, or trapped in their houses due to massive damage from the torrent of water and 155 mph winds, he has sent 50 National Guard helicopters to seek survivors.

According to County Commissioner Chris Constance, eight persons have been confirmed dead as a consequence of the storm in Charlotte County.

On Thursday morning, many people came out of their bunkers to see the destruction in their neighborhoods; some of them started crying when they saw their possessions destroyed.

After DeSantis and FEMA reiterated that the death toll remains unknown, Lee County’s sheriff subsequently softened his remarks. He had first expressed concerns that it was one of the biggest natural catastrophes since Katrina with hundreds killed.

Although he just said that the assertions were preliminary, he did not back down from them and added a warning that “looting and violence” in the aftermath would not be condoned.

Gov. Roy Cooper of North Carolina is advising citizens to be ready for a direct hit from Ian and cautioning them about the storm’s “dangerous unpredictability” as it continues to shift direction.

In addition, he announced that he had alerted the state’s National Guard and warned that there would be power disruptions. He concluded by saying: “So, for North Carolinians, I want to be clear, this storm can still be severe and even fatal.”

Flooding is predicted to result from heavy rainfall, which might reach seven inches in some places. Our mountains are at risk for landslides, and the whole state might see tornadoes.

The National Hurricane Center reduced Ian to a tropical storm early on Thursday after it made a disastrous landfall on Wednesday afternoon as a Category 4 hurricane.

Experts estimate that the losses might cost up to $260 billion, but as long as large portions of Florida are under water, cleanup work cannot begin.

Due to the power of the storm, Sanibel Island is now separated from the mainland by the Causeway Bridge, which fell into the Gulf of Mexico.

With a maximum speed of 65 mph, Ian is now 35 miles southwest of Cape Canaveral and traveling at a pace of around 8 mph.

It is continuing sweeping throughout the state today, President Biden stated during a news conference at FEMA’s headquarters. This storm could be the worst in Florida’s recorded history.

“The figures are still uncertain,” the president said, “but we are hearing early indications of what may be a considerable loss of life.”

Prior to that, he deemed it a “serious catastrophe” and released funding to assist those without electricity and the hundreds of thousands of people whose houses have been destroyed.

After a phone chat early on Thursday morning, the President said that he and the governor of Florida were working in “tight collaboration.”