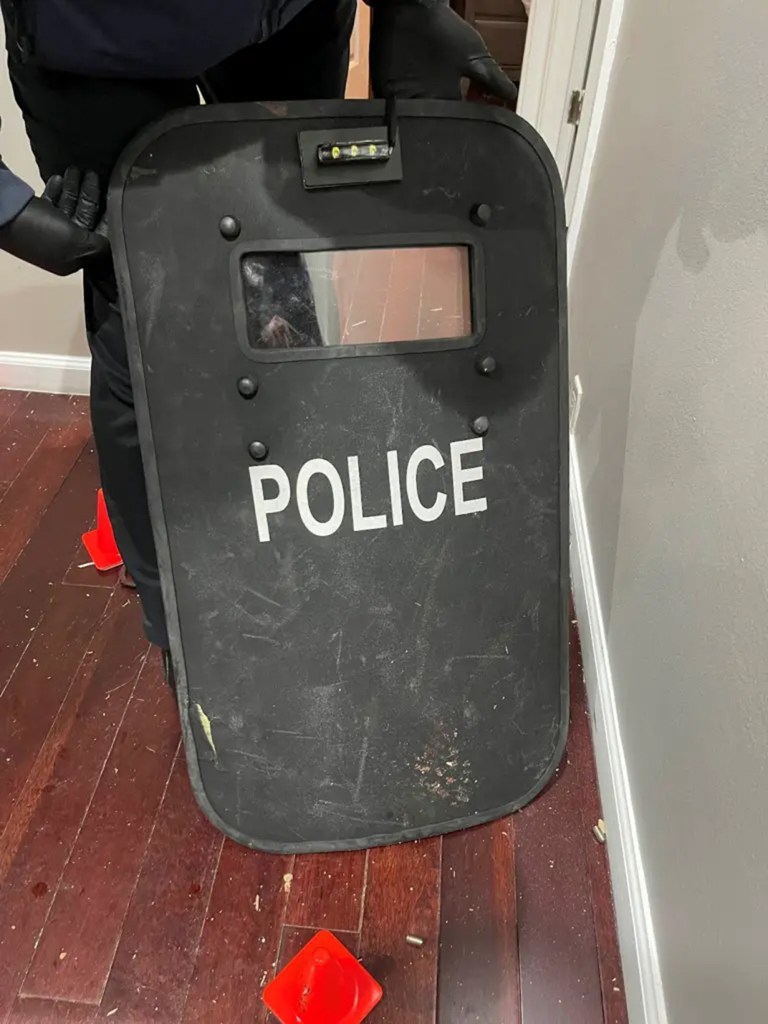 An ex-convict accused of shooting an NYPD investigator during a drug operation in Staten Island was released from jail on Wednesday after former Green Bay Packers running back Ryan Grant helped arrange bail, according to sources cited by The Post.

Grant was among those who contributed a significant percentage of the $500,000 needed to post a $5 million bond for Nelson Pizarro’s release, according to sources.

Paul DiGiacomo, president of the Detectives Endowment Association, stated that the fact that a person who shot an NYPD detective is still wandering the streets of our city is an insult to every devoted member of law enforcement. “What’s more shameful is that former NFL player Ryan Grant paid the bail of a drug dealer and attempted cop-killer who pushes his lethal poison in our neighborhoods,”

DiGiacomo continued, “It raises the question, would Mr. Grant release this criminal if a member of his family were the victim, or only when it’s a hero detective protecting the public?”

As a result of using a ballistic barrier to protect himself and his colleagues from gunfire, Detective Dominick Libretti was acclaimed as a hero.

A veteran police officer stated, “A convicted drug dealer with a lengthy criminal past who shot a police officer on purpose has just been released on bail. What more should you know about the modern criminal justice system? There is absolutely no consideration for public safety.”

Grant and Pizarro’s relationship was not immediately apparent.

The 40-year-old former running back from Rockland County played at Notre Dame before signing with the Giants, but never played for them due to an offseason injury. He spent six seasons with the Packers, from 2007 to 2012, and was a member of the 2011 Super Bowl champions.

He was co-owner of the former Bushwick coffee establishment AP Cafe.

The release of Pizarro infuriated police officers and other members of the community.

Forty-year-old Pizarro, who had seven prior arrests in New York, was charged in January with shooting Detective Dominic Libretti in the leg during a drug raid at his New Springville residence. Pizarro was not the objective of the operation, but he allegedly opened fire on officers with a 9 mm Beretta handgun from a bedroom.

As a result of using a ballistic barrier to defend himself and his crew from the gunfire, Libretti was acclaimed as a hero.

After the shooting, Police Commissioner Keechant Sewell stated, “Even with a severe leg wound that was bleeding so heavily that fellow officers had to apply instant pressure to stem the flow of blood, he held a ballistic shield in front of his squad to protect them from gunfire.”

Eli Kleinman, the NYPD’s supervising chief surgeon, described the detective’s injury as “potentially career-ending and certainly life-threatening.” No such thing exists as a basic gunshot wound.”

Pizarro was shot in the leg by responding officers. He was additionally charged with attempted murder.

Lazzaro stated on Saturday that friends and family paid the 10% cash deposit required to secure the bond, but he was unsure if Grant was among them. He stated that Pizarro was currently on home detention.

Staten Island’s district attorney, Michael McMahon, stated, “Unfortunately, the Appellate Division erred and rendered a decision I vehemently oppose.” “The release of Pizarro is a clear illustration of the insanity of Albany’s ‘defend the rights of alleged criminals and disregard the victims’ policy. It’s a smack in the face to all of our investigators, the whole NYPD, and in particular the courageous officers this defendant nearly killed while they executed a search warrant in Staten Island as part of our ongoing campaign against narcotics dealers.”

Libretti has filed a lawsuit against the owners of the residence where the raid occurred, as well as Pizarro and another renter. He claimed that the landlords were aware of unlawful behavior at the property.

The attorney for Libretti did not immediately respond to a request for comment.