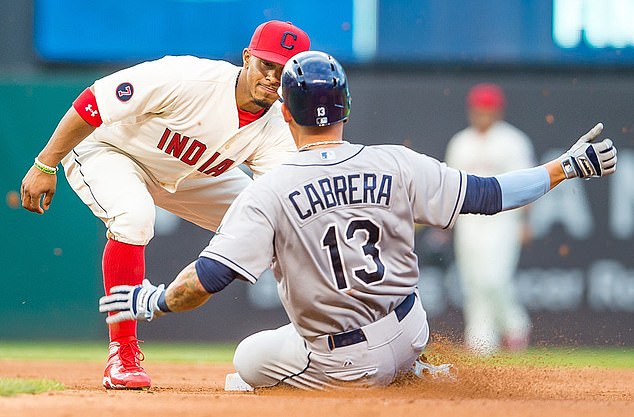 Do not inform Asdrubal Cabrera that this is only Winter League baseball.

The former Met, who currently plays for Caribes de Anzoategui in the Venezuelan Winter League, objected to Carlos Castro’s excessive home run celebration, which sparked a brawl during a Saturday night game.

The 28-year-old Castro, who plays for Tiburones de La Guaira, walked slowly to first base as he watched the home run he hit off of Jose Torres’s left-handed pitch go over the fence. Then, Castro flicked his bat and stared into Caribes’ dugout. Torres, visibly irritated by Castro’s antics, began to verbally assault Castro as he approached first base, but the situation quickly deteriorated.

Cabrera raced up to Torres as he neared first base and used his left arm to clothesline Castros in the face, knocking him to the ground and igniting the altercation.

The 37-year-old Cabrera, who played for seven different clubs throughout his MLB career from 2007 to 2021, including the Mets from 2016 to 2018, was not beyond showing off after hitting a massive home run.

On September 22, 2016, Cabrera, a switch-hitter, blasted a three-run home ball over the right-field wall to help the Mets defeat the Phillies 9-8. After hitting the home run, he slowly departed the batter’s box and performed a bat flip while facing his dugout, as opposed to Castro, who faced the other team’s dugout.