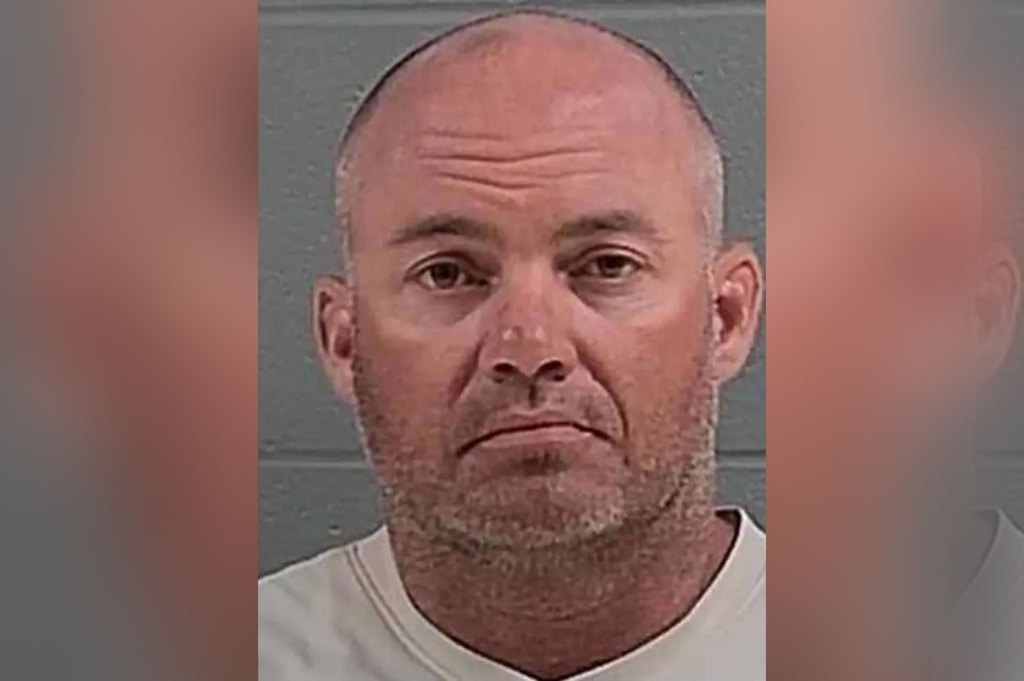 A former deputy in Louisiana accepted a 100-year prison sentence in exchange for pleading guilty to a variety of heinous child sex offences, including ejaculating on cupcakes that his wife served to her junior high school children.

Dennis Perkins, a former member of the Livingston Parish Sheriff’s Office, pled guilty to rape, two charges of sexual abuse of a minor under the age of 13, video voyeurism, and two counts of child pornography on Tuesday.

After his wife, a teacher, supplied cupcakes containing his sperm to students at Livingston’s Westside Junior High School, he was further charged with one count of mixing hazardous substances.

The Advocate claimed that by pleading guilty, Perkins avoided a protracted trial that would have required young victims to testify and relive the traumatic events.

Following their 2019 arrest, he and his wife, Cynthia Perkins, were charged on 150 sex crime-related offences.

In February 2022, she pled guilty to second-degree rape, production of child pornography, and conspiracy to mix hazardous chemicals. As part of her plea agreement, 68 of the 72 accusations against her were dismissed, and she pledged to testify against Dennis in the event of his trial.

She was given a 41-year jail term.

Following their incarceration, she filed for divorce from her husband, alleging that he had misled her into committing the crimes. After her arrest, she resigned from Westside Junior High School the next day.

The Advocate reported that Dennis Perkins’ trial was due to begin on Monday, with 78 accusations against him.

The article said that his trial was postponed after the state discarded up to 800,000 digital data it had collected and his attorney asked further time to study them.

According to his plea agreement, Perkins, 47, will spend the rest of his life in jail.

“He not only waived any right to appeal, probation, or parole and any attempt to avoid conviction, but Mr. Perkins also spared the victims from reliving his horrific crimes during trial,” said Attorney General Jeff Landry, whose office prosecuted the case, told The Advocate.

Perkins apologized to his victims and to the community he used to serve in court.

“I would like to say I’m sorry. … I spent more than three years living in a box. It’s not about me. I just want to make the statement: Jesus Christ has forgiven me. I’m grateful for that. I hope and pray that anybody that this has affected would also find forgiveness and healing through Jesus Christ,” he said.

Prior to Perkins speaking, one woman provided a victim statement to the court. condemning Perkins’ “sick, deplorable actions.”

“You will no longer have control over your victims anymore,” she said, according to The Advocate. “I’m so thankful I don’t have to sit in this courtroom with you or your attorney again. Have a nice life in prison.”

The publication said that Perkins, who had been with the Sheriff’s office since 2002, commanded the agency’s SWAT team.

In 2019, Perkins and his wife were arrested after a report from the National Center for Missing and Exploited Children. Police said that investigators subsequently discovered a photograph of them naked with a juvenile.

According to a complaint filed against Dennis Perkins and the Livingston Parish School System, Cynthia Perkins recorded her husband delivering sperm for cupcakes that were then given to Westside Junior High School students.

Count 15 of the couple’s original indictment states that the semen was blended into both the desserts and energy drinks before being distributed to victims.