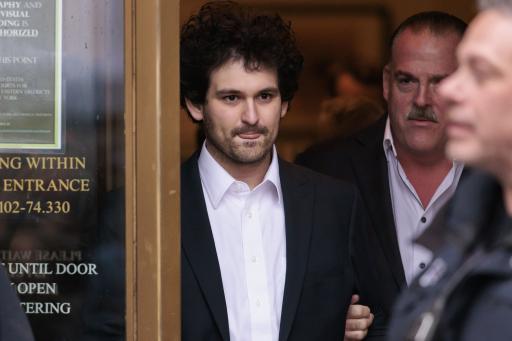 According to a source, Sam Bankman-Fried, the founder of the indicted FTX, invested $200 million in two different businesses using client money from Alameda Research, a sister company.

According to CNBC on Wednesday, one of Bankman-investments Fried’s was made in the banking app Dave, which claimed a $100 million windfall in March that allegedly came from FTX Ventures.

According to the business network, the other $100 million investment supported Mysten Labs, a Web3 company with a focus on digital infrastructure.

The US Securities and Exchange Commission’s complaint against Bankman-Fried, who is accused of defrauding FTX clients out of billions of dollars, included mention to the pair of $100 million investments.

The source claimed that FTX had only announced two acquisitions worth a combined $100 million. The federal government accuses Bankman-Fried and other former FTX executives of stealing money from customers to cover dangerous wagers made by Alameda, his cryptocurrency hedge fund, and to support their opulent lifestyles.

The SEC claimed in its complaint that Bankman-Fried concealed information concerning FTX’s “tenuous financial position” and “continued to offer a false and misleading positive representation of the company to investors” and used the two transactions to back up this claim.

The federal government claimed that FTX falsely asserted that “some investments did not involve the assets of FTX or its clients” in a meeting with investors in FTX’s US division.

In relation to the FTX case, Mysten Labs and Dave have not been charged with any crime. Eight federal accusations against Bankman-Fried carry a maximum sentence of 115 years in prison.

It is crucial to note that we were unaware of FTX or Alameda using customer assets for investments, Dave CEO Jason Wilk told CNBC.

The $100 million was provided as a short-term loan that FTX could afterwards convert into company stock.

The corporation stated in a statement that the “note granted to FTX is scheduled for repayment in March 2026.” “No provisions of the Note cause Dave to be subject to any existing obligation to repay before to the Maturity Date.”

In the meantime, Mysten’s stock position was increased by FTX’s $100 million investment. Mysten declined to comment when asked by CNBC.

Current FTX CEO John Ray earlier this month said that as part of ongoing bankruptcy preparations, the business would try to recoup Bankman-investments Fried’s and political contributions made with client money.

Four FTX clients filed a class action complaint this week against the company and its affiliates, as The Post reported. The lawsuit requested that the bankruptcy court judge declare the remaining assets of FTX to be the property of duped clients rather than the company.