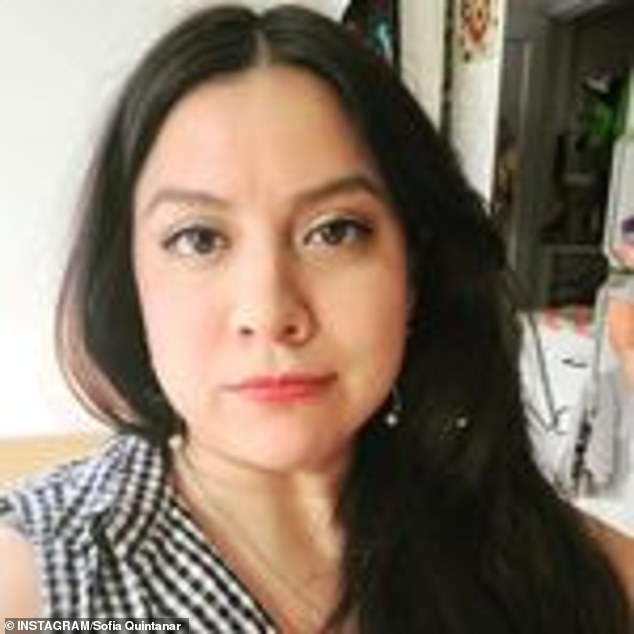 Former employee sues New York Attorney General Letitia James, alleging her office covered up her former chief of staff’sticking his tongue down her neck’ at a 2021 fundraiser.

James has openly defended Khan’s accusers, but 33-year-old former employee Sofia Quintanar claims the AG did nothing while he sexually harassed her and other women.

Quintanar asserts that during a suspension awaiting an inquiry, James’ office said Khan, who worked for him as chief of staff for ten years, was “on vacation or with a sick family.”

A year after her inquiry into harassment claims against then-Governor Andrew Cuomo led to his resignation, Khan, who had served as James’ senior adviser for over ten years, resigned throughout the investigation.

Prior to the investigation’s conclusion, on November 22, he was given permission to quit. He will continue to be paid until the end of the year.

On November 17, 2021, during James’ short candidacy for governor of New York, Quintanar explicitly says that Khan “forcefully forced his tongue into her neck at a political event in Brooklyn.”

James’ campaign and office are named in the lawsuit, which claims carelessness, discrimination, and retribution for undisclosed damages.

Additionally, James is charged with allowing a press officer to resign in 2019 “under identical circumstances.”

Quintanar served as James’ deputy press secretary from 2020 to the summer of 2021, when he left to assist on Buffalo Mayor Byron Brown’s write-in reelection campaign.

By the conclusion of the campaign, she was seeking for a new job, which prompted her to go to the event where Khan reportedly assaulted her.

According to the lawsuit, Khan first bought drinks for her and a friend before luring them outside because he claimed it was too loud inside. There, the suit claims, Khan “rested the weight of his hand on Quintanar’s shoulder and shoved his face forward aggressively to kiss her, without saying a word.”

Then, while still gripping her shoulder, he “forced his tongue into her throat.”

Quintanar then allegedly said that Khan ‘continued to follow’ her and her companion until she departed as she attempted to kiss her after she had questioned Khan about his spouse and children.

She issued a statement in which she stated: “Although I worry about the impact this may have on my career, I know that fear should never get in the way of doing what is right. I hope that by speaking out, I might inspire other survivors to have the guts to confront people in authority and demand that they account for their deeds when they behave as if they are above the law.

According to the New York Post, the complaints were made before James was elected attorney general for a second term.

The New York Times was the first to reveal that the inquiry of Khan encompassed at least two women’s charges of sexual harassment, one of which included claims of unwanted kissing and improper touching.

In a statement to the Times, Khan defended himself, saying the accusations had been shown to be untrue and that he was resigning for unrelated reasons.

In a statement to DailyMail.com, a representative for James confirmed Khan’s resignation after an inquiry into “misconduct,” but the representative refrained from commenting on the accusations or the investigation’s results.

Later, James told NY1 that he was “mad” over the claims. He served as my chief of staff for 10 years, which is why I’m upset. disappointed in him a great deal. And there is absolutely no justification for his actions. none in the least. I have faith in these ladies.

She said that Khan was last spoken to in October, when the charges first became public.

However, back in 2014, when James served as public advocate, Khan was charged with forcefully kissing a lady at a club.

When the accusation reached her, according to James, it was in 2017. He also claimed that once authorities were notified, they determined the claims to be “unsubstantiated.”

She said that she had no idea why the accusation hadn’t been brought to her sooner.

James’ office “took the charges made to our office seriously and engaged in decisive, swift, and appropriate action,” according to a spokeswoman.

The mayor of New York City, Eric Adams, backed James last week, stating, “I don’t believe I know a stronger supporter for women than Tish James.” Tish James is a strong advocate for female leaders. She is really competent of researching, in my opinion.

Asserting that James acted legally, Governor Kathy Hochul told NY1 that “We must be unambiguous in rejecting sexual harassment wherever it comes.” There must be responsibility. And from what I gather, action was done in that direction.

James is especially sensitive about the accusations in light of her well-publicized inquiry into charges of a similar kind against Cuomo.

In her complaint from August 2021, she said that the Democrat had made inappropriate grabbing, kissing, and sexual remarks. Cuomo denied improperly touching anybody.

Since almost ten years ago, when James was New York City’s Public Advocate, Khan has been a key member of her team.

He ran her winning campaign for state attorney general in 2018, and after that, he became her chief of staff.

James, who decided against running for another term as the top state prosecutor after a brief stint as the governor of New York, was reelected last month and will start her second term on January 1.

A representative for James responded to a question on Khan’s resignation on Friday by saying, “The Office of Attorney General has systems in place to properly examine any claim of impropriety.”

The office treats every case it receives with the greatest care, and this one is no exception. The employee has now resigned, after an unbiased, independent review, the statement said.

Khan declined to comment right away but stated in a statement to the Times that his resignation had nothing to do with the misconduct investigation.

He claimed in the statement that his resignation was connected to the conclusion of James’ first term: “I have been scheduled to leave the office for the private sector at the end of this year.”

He said, “I’m happy of what we’ve accomplished over the last four years in serving New Yorkers,” noting that “this is unconnected to an inquiry which, however, found no formal workplace misbehavior.”

Khan’s assertion that the investigation did not support the claims could not be verified right away, and when pressed, the OAG’s office refused to discuss the conclusions.

One of the female accusers told the Times that she received confirmation on Friday of the veracity of her claim of improper groping and unwanted kissing.

The occurrences in issue occurred more than a year ago, according to a source with knowledge of the situation, but the attorney general’s office was just recently made aware of them.

The source said that at the time of the alleged wrongdoing, the ladies making the charges were not working for the Office of Attorney General.

None of the charges, according to the source, were presented to the attorney general’s office directly by the women involved, but rather were relayed via a network of “political consultants” in a manner comparable to a game of “telephone.”

After the claims became public, a different legal firm was hired to carry out a separate investigation.

The insider, who refused to elaborate on any results, said that the “substantive aspect” of the probe was already over.