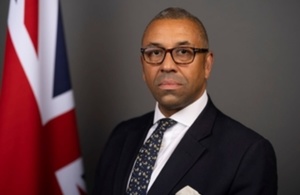 The IAEA report, which found no secret nuclear operations by Ukraine, was welcomed by the foreign secretary.

“Russia has a history of making false claims to provide cover for its own actions; the world can see through this attempt to use false allegations as a pretext for escalation. Russia needs to de-escalate, starting by ceasing its assault on Ukraine and withdrawing its forces.

“I welcome the transparent approach Ukraine has taken by inviting the IAEA to put Russia’s claims under independent scrutiny. Their findings show there is no evidence of undeclared nuclear activities by Ukraine.

“The UK remains committed to supporting Ukraine’s efforts to defend its territory for as long as it takes.”