Skip to content
Home » News » Breaking News » For Kris Jenner’s 68th birthday, the Kardashians dressed as her most memorable experiences 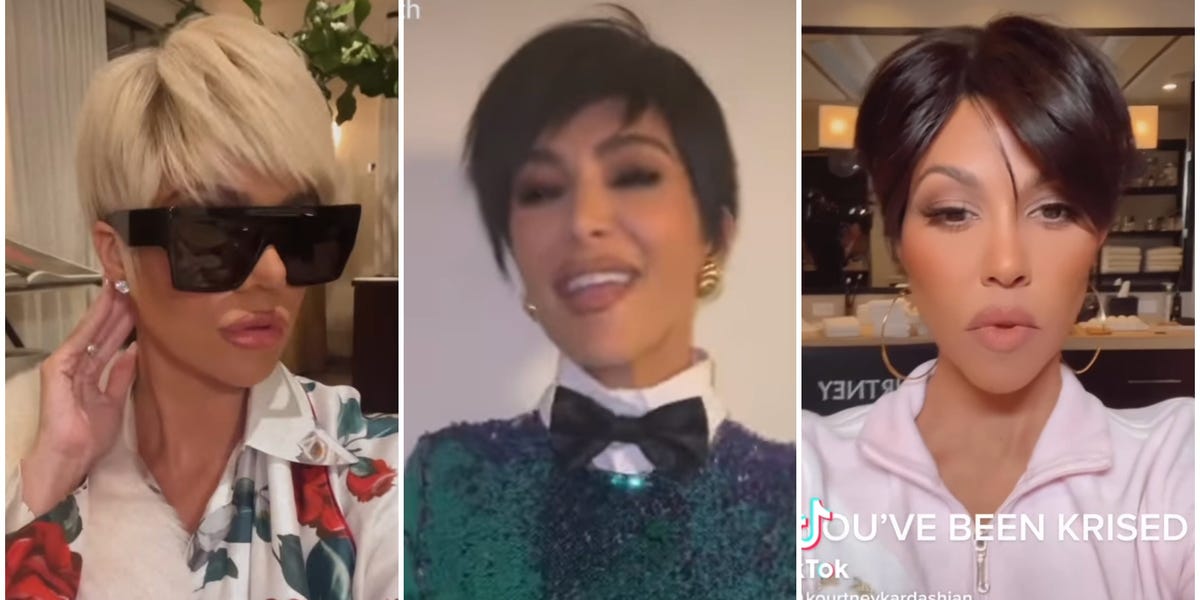 Kris’s birthday is on Saturday, but her daughters threw a party on Friday evening to kick off the celebrations. The siblings uploaded videos of the party to their respective Instagram pages.

This summer, Kim Kardashian, age 42, made fun of her mother by parodying the “You Just Got Krissed” TikTok craze. While sporting a shimmering green dress, bow tie, and the trademark pixie hairstyle, Kim resembled her mother. She uploaded costume-related videos to her Instagram Stories and TikTok accounts.

Kim Kardashian uploaded videos of her Halloween outfit to Instagram Stories and TikTok.

Kim also posted a video of her and North West preparing for the party on their joint TikTok account. North West was wearing a pixie-cut hairdo and an all-black suit.

Kourtney Kardashian, 43, appeared as Kris Jenner from the music video for “Thank U, Next” by Ariana Grande. In 2018, Kris’s look went viral after she uttered the well-known internet meme “Thank you, next, b*tch.” Kourtney finished off her ensemble with a pink and white tracksuit, a hand-held camcorder, and a pixie-cut wig.

Kourtney Kardashian replicated Kris Jenner’s attire from “Thank U, Next.”

Khloe Kardashian, 38, mimicked a snapshot of Kris that Kim uploaded to Instagram in October 2017 that went viral. Khloe emulated her mother’s fashion sense by donning a white flowery outfit with red stiletto heels and a fur cover. Khloe distinguished herself from her sisters by donning a pixie-cut blonde wig.

Ultimately, 25-year-old Kylie Jenner attended the party by recreating an ensemble her mother wore to a December 1993 black-tie occasion.

Kylie sported a black gown with gold jewelry and, of course, a pixie-cut hairdo.

Kim and her siblings shared videos from the celebration on their Instagram Stories, demonstrating that they had beverages and a sit-down meal.

Kris and the late Robert Kardashian had four children together, including her three eldest daughters and her 35-year-old son, Rob Kardashian. With Caitlyn Jenner, she has two kids, including 27-year-old Kendall Jenner.

The “momager” disclosed last month that she intends to distribute her ashes among her children and fashion them into necklaces after her death.

»For Kris Jenner’s 68th birthday, the Kardashians dressed as her most memorable experiences«